Prince George Community Foundation names its Citizens of the Year

The Prince George Community Foundation (PGCF) has named its citizens of the year.

This is the 20th year that the PGCF has hosted this event, which honours citizens for extraordinary volunteerism, philanthropy, and community building.

“In 2015 it was decided that the event should no longer be a competition to award one citizen of the year but rather an event to celebrate and honour a number of individuals that epitomize what I means to be a good citizen and bestow upon them the title citizens of the year,” explains PGCF president Alain LeFebvre. “All of these individuals have donated their time, skills, knowledge, and have made financial contributions to numerous charities and causes making Prince George a better place to work and play.” 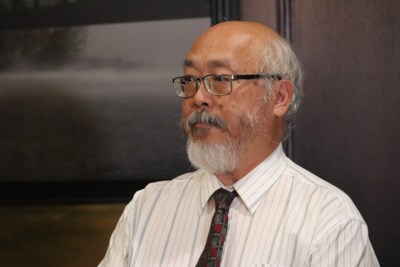 Photographer Chuck Chin has been named one of three Citizens of the Year. (via Hanna Petersen)

Chuck Chin is best known for his photography in Prince George that he continuously shares with the whole community.

“His images capture serenity, community events, and tender moments that help his followers stay up to date on what is happening around the city,” says LeFebvre. “He constantly volunteers for these events taking the photos and providing numerous organizations with exposure that they may otherwise not receive.”

LeFebvre adds that Chin is also well known for his friendly personality, gregarious outlook on life, and ability to inspire others through his art capturing imagery through his camera.

“It’s an incredible honour,” Chin tells PrinceGeorgeMatters. “It’s unexpected, but it’s really nice to be recognized by the community and I’m thankful for that.” 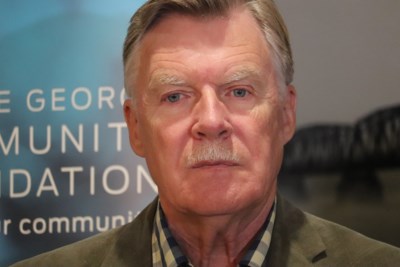 Former Prince George City Councillor Albert Koehler has been named one of three Citizens of the Year. (via Hanna Petersen)

Koehler is most well known for being a past councillor for the City of Prince George.

He was instrumental in ensuring that an engineering program came to UNBC.

“It means a lot for the community and for the region because we are very short of engineers, scientists, and architects and we need them to have our community growing,” Koehler tells PrinceGeorgeMatters.

Albert has volunteered on numerous committees over his time in Prince George.

He was the past president of the Yellowhead Rotary Club, he’s been involved with the Omineca Beetle Action Coalition, Spirit of the North Healthcare Foundation, Barkerville Heritage Trust and Prince George Symphony Orchestra, to name a few.

“It feels as if I am special although I’m not special but I feel very honoured no doubt about that,” says Koehler about receiving the honour. “For me it’s representing volunteerism and I’m just one of them. Maybe I’ve championed something here or there but to bring something to fruition to success a team is required so at the end it’s a team effort.” 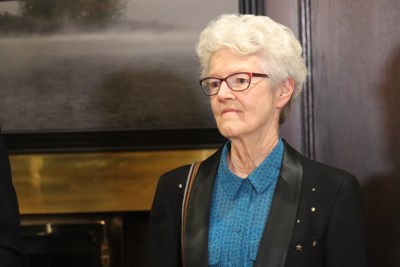 Prince George Community Foundation founding member Noreen Rustad has been named one of three Citizens of the Year. (via Hanna Petersen)

Noreen Rustad has always had a strong volunteer community commitment ever since she moved to Prince George.

She has sat on several boards including Brownies, Guides, Festival of the Arts, UNBC Board of Governors, Meals on Wheels, Prince George Community Foundation, and has volunteered countless hours for the betterment of the community.

“I’m not sure that I am a deserving person because there are huge numbers of people in this community that do so much,” says Rustad. “In doing so we do it because we enjoy doing it and it gives you such a feeling of satisfaction. You don’t do it for the accolades you do it because it makes you feel good and it’s the right thing to do.”

In 1996, she was one of the founding members of the Prince George Community Foundation and she still volunteers for PGCF today (Sept. 4).

She received the Prince George Award for Merit for Recreation in 1992, she became an honorary alumnus of UNBC in 2001, and she won the Queens Jubilee Medal in 2002.

This year’s honorees will be celebrated at a gala held Friday, Oct. 11 at the Coast Inn of the North.

You can find tickets for the event online.