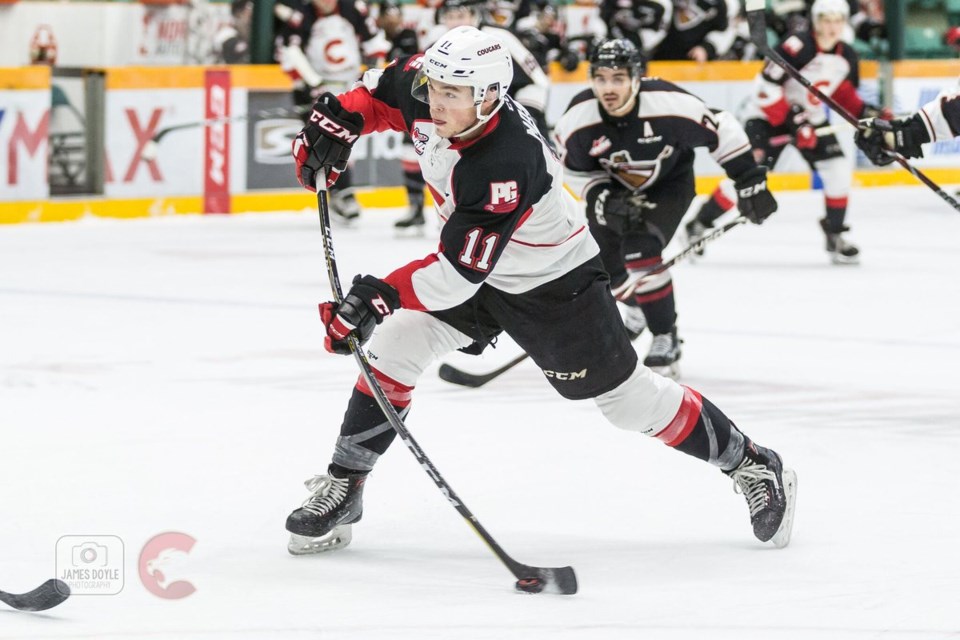 Josh Maser will sit out the next four games after being suspended. (via James Doyle/Prince George Cougars)

The Western Hockey League has suspended Prince George Cougars left winger Josh Maser for four games after an incident in the team's 3-2 loss to the Vancouver Giants on Oct. 6.

At 0:11 in the second period, Maser was given a five-minute major for slew-footing Vancouver Giants forward Just Sourdif. He also received a game misconduct.

(Slew-footing is when a player comes up behind or alongside an opponent and uses their foot to knock the legs out from under their opponent.)

Terrible video here as they never showed a replay in the building but this is a video of Josh Maser's slew-footing major and GM on Justin Sourdif. pic.twitter.com/LOnPikl2zH

The Cougars sit last in the B.C. Division with a 2-4-0-1 record and seven points. The club is also on a three-game losing streak.