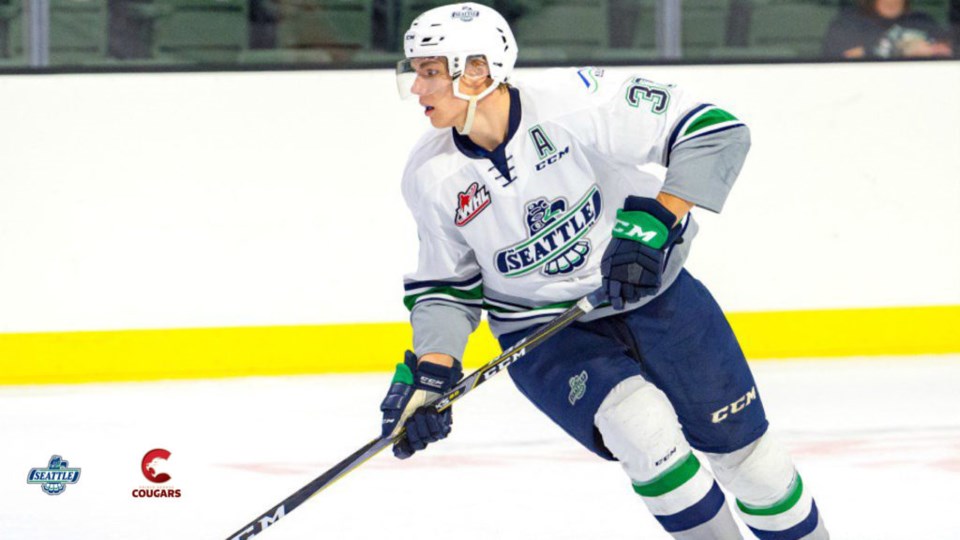 A huge winger with 'untapped potential' should be bringing plenty of action rink side for the Prince George Cougars this season.

The hockey club has acquired Mike MacLean, as well as listed Sam Schoenfeld and a conditional draft pick from the Seattle Thunderbirds. In exchange, listed prospect Keegan Craik and a fifth-round selection in the 2019 WHL Bantam Draft have been sent to Seattle.

The Penticton product, who is known for his physical play, split last season between the Seattle Thunderbirds and the Lloydminister Bobcats in the Alberta Junior Hockey League. He tallied 38 games with the Thunderbirds last season, picking up two goals and four points — along with 42 penalty minutes. He made his WHL debut in December 2017.

Meanwhile, Schoenfeld played for the Okanagan Hockey Academy's Elite 15 team last season in the Canadian Sport School Hockey League. The 16-year-old defenceman had one goal and eight assists in 32 games. The 6'3, 180-pound player will find himself in the OHA Midget Prep Red this season.

Craik was originally by Prince George in the fifth-round and was 98th overall in the 2016 WHL Bantam Draft.