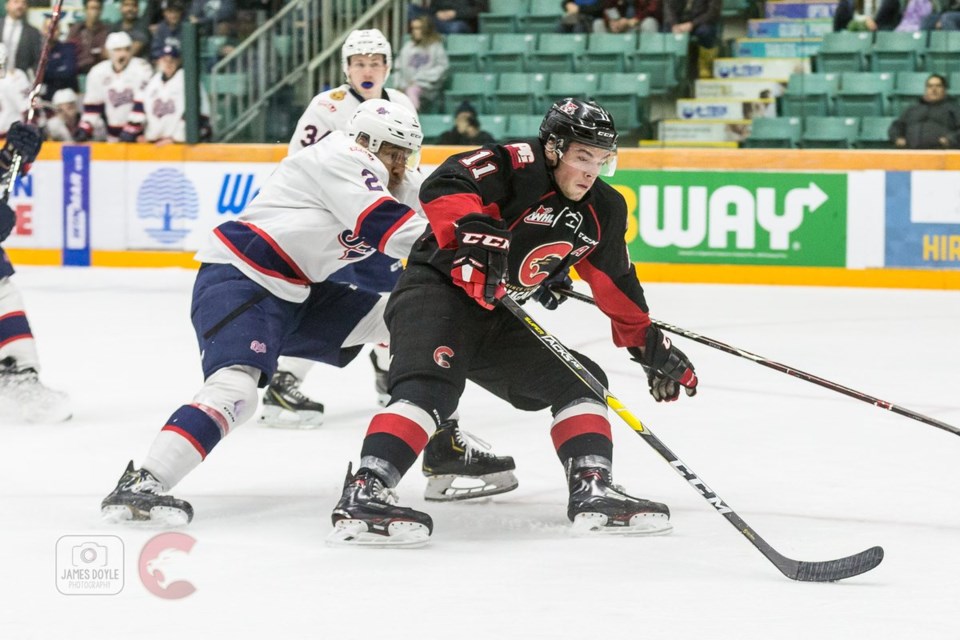 The Prince George Cougars lit the lamp on Friday night (Nov. 23) with the Regina Pats in town, winning a 5-3 barnburner.

The Cougars were looking to get back in the win column and to .500 on the season, and they did it in an impressive way in front of 2,321 fans.

Prince George dominated the first period with Jackson Leppard scoring his fifth of the year at 5:58 and Joel Lakusta adding his fourth of the season at 11:40 to give the Cougars the 2-0 lead after one.

The second period turned into a goal fest with Nick Henry scoring for the Pats less than a minute into the middle frame to cut the lead to one but Josh Maser restored the two-goal lead at 2:31 with his seventh goal of the campaign to give Prince George the 3-1 lead.

Regina scored two more from Henry at 4:22 and 7:41 to tie the game, but again, the Cougars would answer before the second was over with Ethan Browne scoring his fifth of the season on the power play to put Prince George up by one (4-3) heading into the third period.

Prince George held the Pats in check for the rest of the night, adding an empty netter courtesy of captain Josh Curtis.

Toman Matej, Curtis and Lakusta all finished the evening with two points for the Cougars while goaltender Isaiah DiLaura stopped 30 of 33 shots for the win.

The five-goal outburst was the most for the Cougars since an Oct. 13 shootout win over Lethbridge.'

Prince George is in action again tonight, taking on the Saskatoon Blades at the CN Centre at 7 p.m.