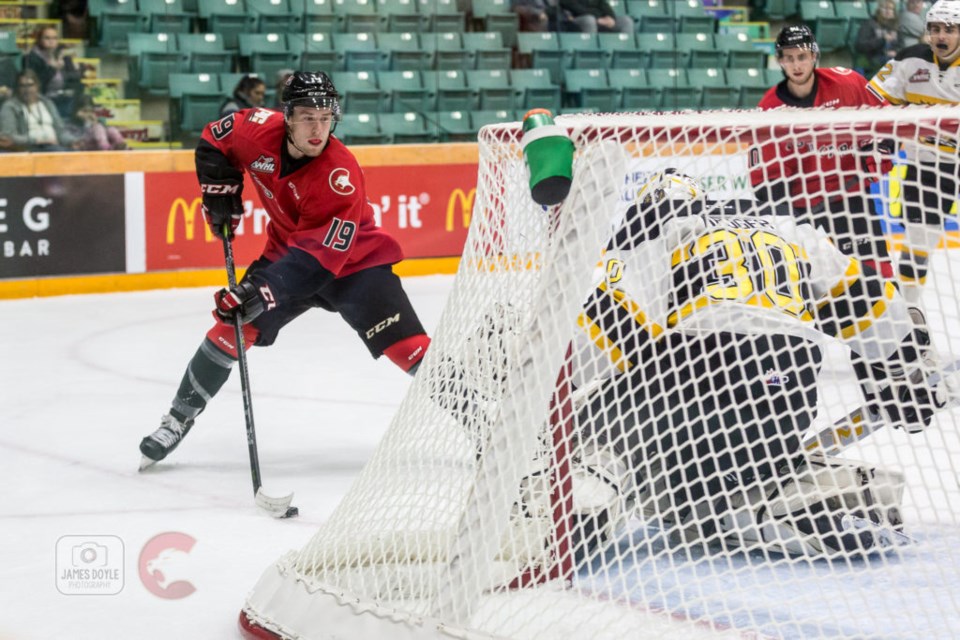 The Cougars were up 3-1 against the Brandon Wheat Kings in the Oct. 30 game but let the contest slip away after scoring three first-period goals.

Brandon would get one back minutes later with Luka Burzan adding his ninth of the year to cut the deficit to one.

Nineteen seconds before the end of the period, Josh Masser would score his fourth goal of the season to put the Cougars up 3-1 after one.

The Wheat Kings would come out flying in the middle frame and didn't take their foot off the gas pedal.

Connor Gutenberg would find the back of the net with his ninth of the season at 4:14. At 11:31, Linden McCorrister would add another to tie the game at 11:32 of the second and the Wheat Kings held a 4-3 lead heading into the final 20.

It continued to fall apart for the Cougars with Stelio Mathheos finding the back of the net for his 14th and the game-winner at 10:14 of the third and a 5-3 lead.

Prince George would get one back at 11:20 with a Vladislav Mikhalchuk goal, but that was as close as they would get.

Taylor Gauthier stopped 23 out of 27 shots he faced before being replaced in goal by Isaiah DiLaura, who would give up one goal on 17 shots.

With the loss, the Cougars now sit ninth in the Western Conference with 12 points, only one point up on the 10th-place Kelowna Rockets.

Next up for the Cougars is the Seattle Thunderbirds at the CN Centre on Nov. 2. Puck drop is at 7 p.m.