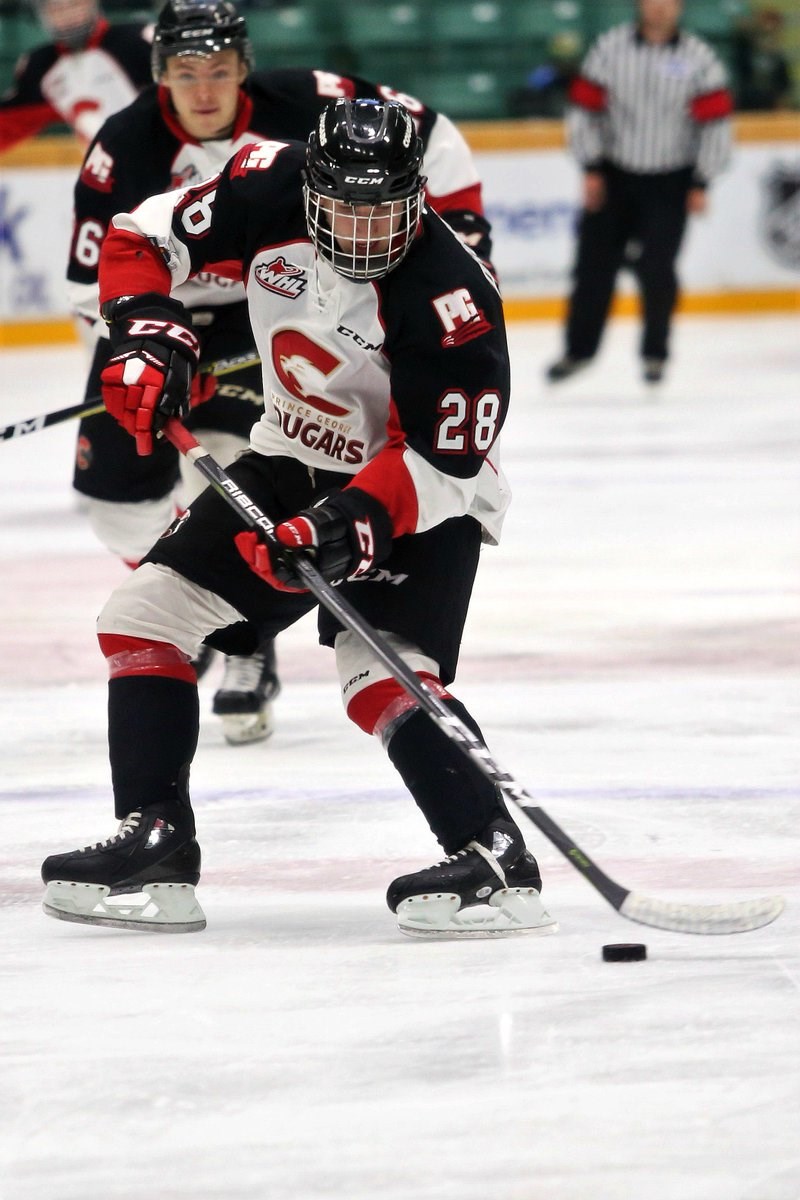 For a second time this season, the Prince George Cougars are bringing up its 15-year-old top prospect for some ice time.

Craig Armstrong of Airdrie, Alberta is being brought up to the Western Hockey League (WHL) for a second time in under a month.

Forward Ilijah Colina has gone home for ‘personal reasons’ according to a team statement, allowing Armstrong to play at least a pair of games as the Cougars embark on a brief BC Division road trip this weekend.

NEWS: The Cougars have called up prospect Craig Armstrong from @edgeschool in the @CSSHL. | #NorthernUprising #WHL

The struggling Cougars are visiting the Kamloops Blazers and Vancouver Giants on tonight (Feb. 1) and tomorrow (Feb. 2) respectively.

The team is currently riding a seven-game losing streak dating back to Jan. 16 and are coming off a three-game Alberta swing where they only managed to score one goal in each contest.

As a result, the Cats have dropped to last place in their division with a record of 16-27-3-2 and seven points out of a playoff spot in the WHL’s Western Conference.

In addition to Colina’s absence, Prince George will be without defenceman Joel Lakusta, their second-leading scorer for a blue-liner thus far with 23 points (five goals, 18 assists).

Kamloops is also on a losing streak of their own, but they’ve only dropped the last two games after relishing four consecutive victories.

Vancouver was listed as an honourable mention in the CHL’s Top Ten rankings this week, winning four of their last five.

Puck-drop for both games is 7 p.m.

Prince George Cougars’ goaltender surrenders four goals in NHL Prospects Game
Jan 24, 2019 10:35 AM
Comments
We welcome your feedback and encourage you to share your thoughts on this story. We ask that you be respectful of others and their points of view, refrain from personal attacks and stay on topic. To learn about our commenting policies and how we moderate, please read our Community Guidelines.