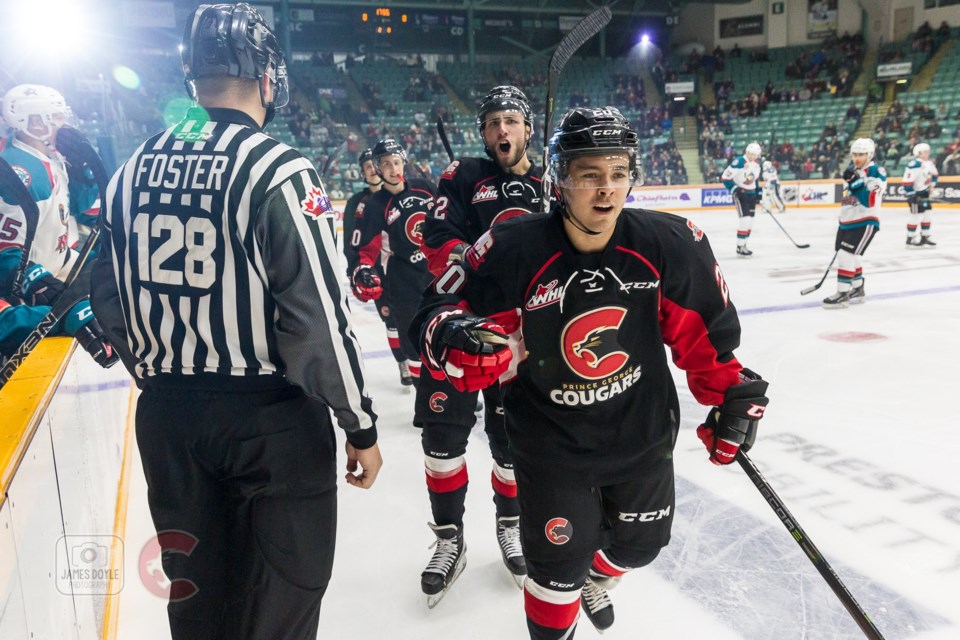 The Prince George Cougars kicked off their home campaign with a win on Friday night (Sept. 28) at the CN Centre.

With the Kelowna Rockets in town for the first of a back-to-back, the Cougars were looking to extend their winning streak to two games.

The Rockets would come out soaring in the third period with two quick goals of their own in just under a minute to tie the game with goals from Conner Bruggen-Cate (5:36) and Nolan Foote (6:28).

Going into the third period tied, the Cougars were looking to send 3,160 fans home happy with a win and they got their wish.

Rookie Matéj Toman scored the game-winner with under nine minutes to go with his first of the year, giving the Cougars their second win in a row and a 2-1-0-1 record, good for second in the B.C. Division with five points, one point behind the Victoria Royals who have yet to lose this season.

Both teams had a dismal night on the powerplay with Kelowna going 0/3 while Prince George went 0/6.

The Cougars' Ethan Browne earned the first star of the game while Matéj Toman was named the second star. Kelowna Rockets' Kaedan Korczak was the third star.

The two teams go at it again Saturday night (Sept. 29) at the CN Centre with the Cougars looking for their third win in a row and second straight win at home.