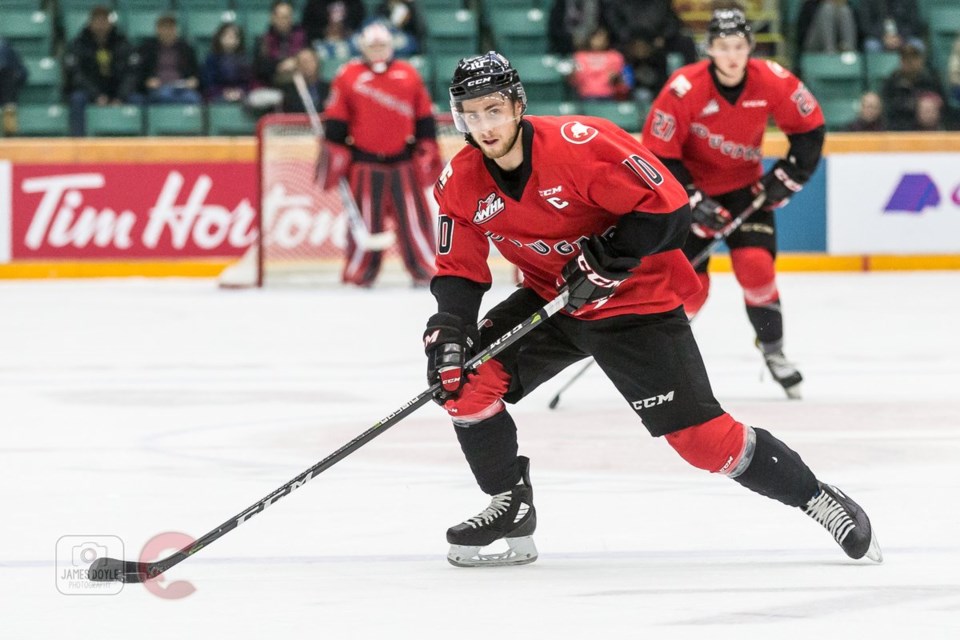 It was almost the perfect start to 2019 for the Cougars on their first road trip of the new year.

After a win against Kelowna on Jan. 4, and another W on Jan. 8 against the Tri-City Americans, the Cougars fell 4-2 to the Spokane yesterday (Jan. 10).

Prince George got off to a bad start, with Spokane scoring two goals in the first period, both on the power play. Nolan Reid notched his sixth of the year at 4:23 and Ty Smith added his fourth at 13:43 to put the Chiefs up a deuce heading into the intermission.

The Cougars came out in the second and responded quickly. Joel Lakusta would score just 31 seconds into the middle frame to cut the lead to one, but it went south after that.

In the third, Luc Smith wound snipe his 17th of the year, which would prove to be the game-winner for the Chiefs.

Prince George Captain Josh Maser would add his 13th of the year with a minute and a half left in the final 20 but Jake McGrew would add an empty net goal for Spokane at 19:48.

Cougars goaltender Taylor Gauthier stopped 23 of 26 shots on the evening while Reece Klassen stopped 15 out of only 17 shots from Prince George.

The loss concludes a six-game road swing for Prince George that started after the Christmas break. The Cougars managed to go 3-3 over that stretch, but still sit last in the B.C. Division with 31 points, two behind the Kamloops Blazers for the final playoff spot in the Western Conference.

Prince George now returns home to the CN Centre for a six-game home stand starting with Kelowna (Jan. 11 and 12) followed by the Prince Albert Raiders (Jan. 16), a back-to-back with Kamloops (Jan. 19 and 20) and closing out against the Moose Jaw Warriors on Jan. 22.

The two upcoming games against Kelowna (Jan. 11 and 12) both have a puck-drop scheduled for 7 p.m.

Prince George Cougars on the wrong end of shutout against Giants
Oct 6, 2018 11:04 AM
Comments
We welcome your feedback and encourage you to share your thoughts. We ask that you be respectful of others and their points of view, refrain from personal attacks and stay on topic. To learn about our commenting policies and how we moderate, please read our Community Guidelines.