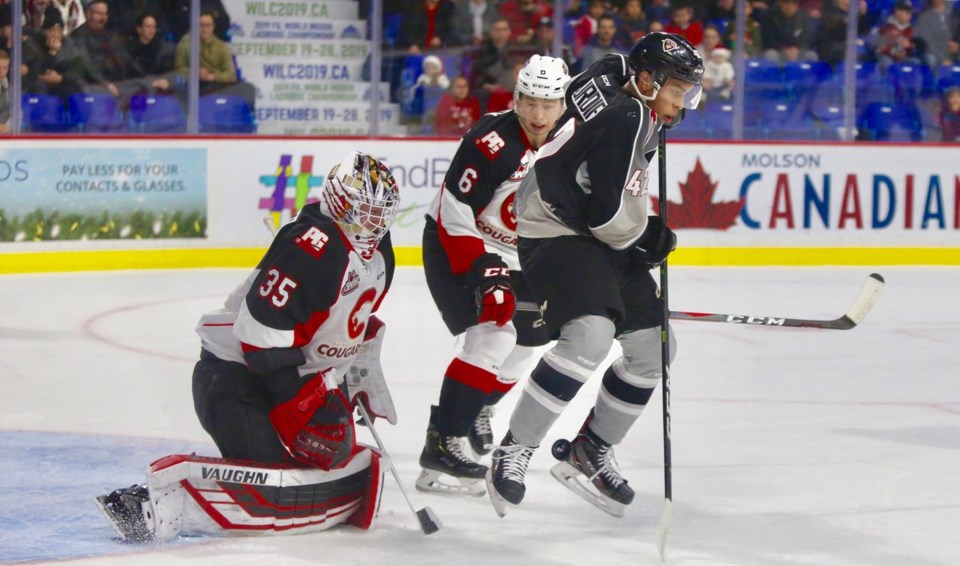 There isn't a very jolly feeling around the Prince George Cougars before Christmas with the team losing, again.

Prince George was in Vancouver on Sunday (Dec. 16) to face the Giants, looking to go into the holidays on a somewhat happy note. Instead, they left with their fifth straight loss after surrendering the game-winning goal late in a 2-1 defeat.

Jackson Leppard would add his seventh of the season to give Prince George the early lead at 4:02 of the first period but once again, they couldn't muster anything else or hold onto a lead.

Brayden Watts would tie the game for Vancouver at 9:23 of the second period with his sixth of the year and assists from Davis Koch and Bowen Byram on the power play.

Just when it looked like the Cougars might take the game to overtime, Watts would strike again with a minute remaining, scoring on the power play once again with assists from Byram and Dylan Plouffe.

The Giants went 2-for-5 with the man advantage.

Tough ending to a hard-fought game. Cougars end their 5-game road trip and head into the Christmas break. pic.twitter.com/wPt4jqlbgj

The Cougars failed to collect a single point on their five-game road trip and now have just one win in their last 10 games.

The Cougars will now have a break to try and figure things out before they hit the road after Christmas to face the Seattle Thunderbirds at the Accesso ShoWare Center in Kent, Washington at 7:35 p.m.

Winger Vladislav Mikhalchuk leads the team in scoring with 12 goals and 14 assists (26 points) on the season followed by defenceman Cole Moberg with 20 points and captain Josh Maser with 19.