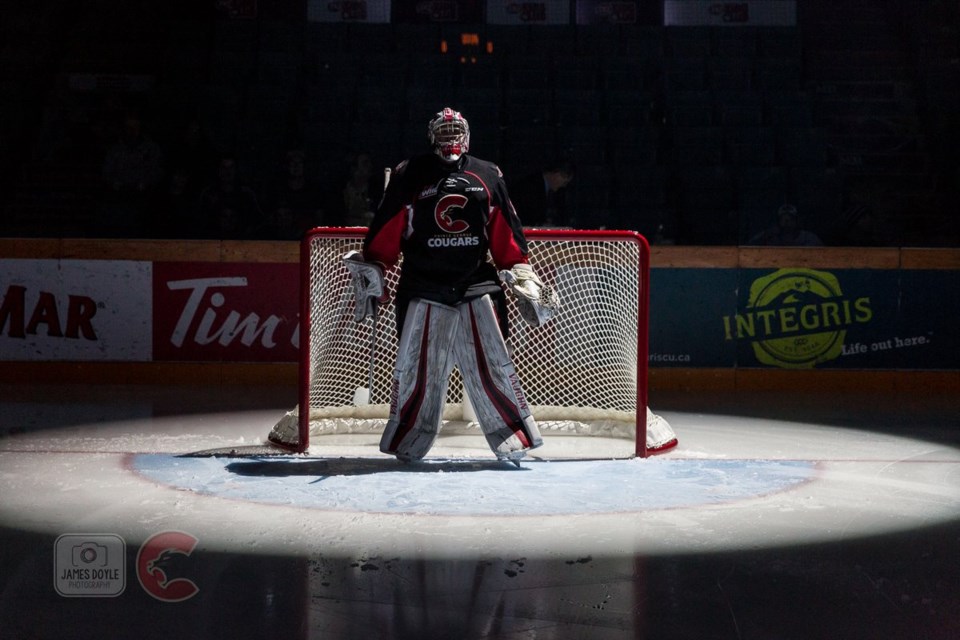 The Prince George Cougars rang in 2019 with a big road win, emerging from a low-scoring affair with a 2-1 shootout victory over the Kelowna Rockets on Friday night (Jan. 5).

After coming into last night on a two-game losing streak and a dismal 2-8 in their last 10, the Cougars were hoping the new year brought new results.

Kelowna would draw first blood thanks to Conner Bruggen-Cate scoring his fourth of the campaign on the power play to put the Rockets up 1-0 at 14:28 of the second period.

Prince George would answer at 10:47 of the third when Jackson Leppard found the back of the net for his eighth goal of the season from Rhett Rhinehart and Matéj Toman. The Cougars goal also came with a man advantage and Prince George finished the night 1-for-5 on the power play.

Overtime would solve nothing so a shootout was in order to decide the winner.

After a pair of misses to start, the second round saw Vladislav Mikhalchuk beat Rockets goaltender James Porter to put the Cougars up one. It wouldn't last long as Nolan Foote, son of Kelowna coach and former NHL defenceman Adam Foote, would beat Taylor Gauthier to even up the shootout.

Tyson Upper scored to put Prince George up again in the third round while Leif Mattson missed for the Rockets, giving the Cougars the 2-1 victory.

Gauthier stood on his head for Prince George, stopping 26 of 27 shots, including an incredible diving save in the second period which earned him the WHL highlight of the night.