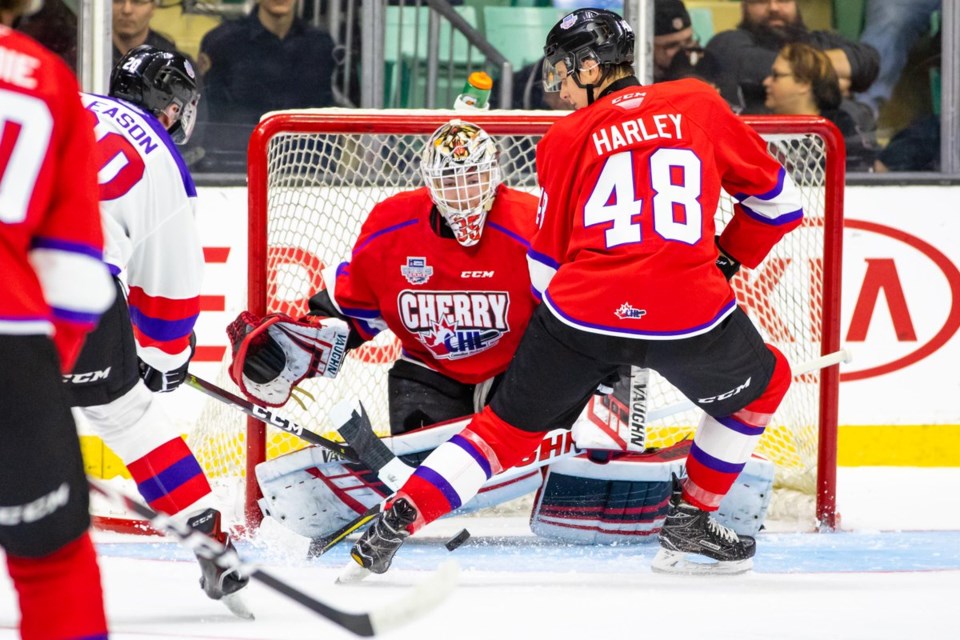 Taylor Gauthier came into Wednesday night with the hopes of impressing some scouts at the 2019 CHL-NHL Prospects Game.

The Prince George Cougar netminder was put between the pipes for ‘Team [Don] Cherry’ midway through the contest holding onto a 3-1 lead, but by evening’s end, it was the sharp-shooters on the other side that mounted a comeback.

The 17-year-old potential 2019 NHL Draft pick made 12 saves on 16 shots, while his ‘Cherry’ teammate Mads Sogaard (Medicine Hat Tigers) stopped 17 of 18 in the first half of the game.

The game was played in Red Deer, Alberta this year, not too far from Gauthier’s hometown of Calgary, where he’ll rejoin Prince George on the road this weekend.

The Cougars begin a three-game Alberta road trip at the Saddledome against the Hitmen Friday, continuing on to Red Deer Saturday (Jan. 26) and Edmonton (Jan. 27).

Prince George Cougars salvage point in overtime loss to Kamloops
Jan 21, 2019 11:35 AM
Comments
We welcome your feedback and encourage you to share your thoughts. We ask that you be respectful of others and their points of view, refrain from personal attacks and stay on topic. To learn about our commenting policies and how we moderate, please read our Community Guidelines.