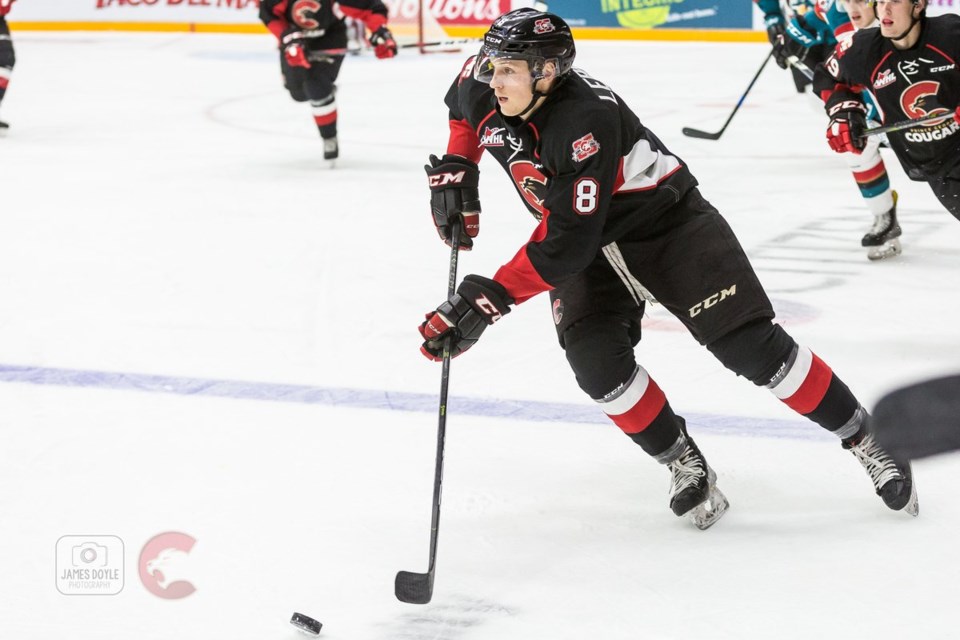 The Prince George Cougars will look to stay hot tonight (Oct. 23) against the visiting Tri-City Americans after a 3-1 win over the Swift Current Broncos on Sunday (Oct. 21).

With the weekend win, the Cougars notched their third win in a row while captain Josh Curtis continued his hot play.

The Broncos came in with a 1-10-0-0 record and just two points on the season while the Cougars entered the game sporting a 4-5-0-1 record.

Prince George would draw first blood at 6:42 of the first period with Ethan Browne scoring his third of the season to put the Cougars up 1-0, but it was short-lived.

Tanner Nagel would answer for the Broncos at 9:24 of the first to level the score at one on the power play.

The second frame wasn't quite as eventful with both teams failing to score. The Cougars had three power-play chances in the period while the Broncos had one.

Prince George would take over in the third. Jackson Leppard would grab his second point of the night scoring his second of the season at 2:40 of the third to once again put the Cougars back in front.

Today's insurance goal of the game was scored by @jacksonleppard! To see more #insurancegoals from this season, follow the link!

Josh Curtis would follow-up with his fourth of the year, and also his second point of the night, at 13:08 on the power play to seal the win. Leppard would add another point to his evening with an assist giving him three points.

The @PGCougars sunk their teeth into their third-straight victory Sunday, downing Broncos at home.

Cougars goaltender Taylor Gauthier stopped 30 out of 31 shots for the win while Joel Hofer turned away 37 out of 40 for Swift Current.

Hofer was named the third start of the game, while Leppard and Gauthier were named first and second stars respectively.

The win also put Prince George back to .500 on the season. They still sit third in the Pacific Division behind Victoria and Vancouver.