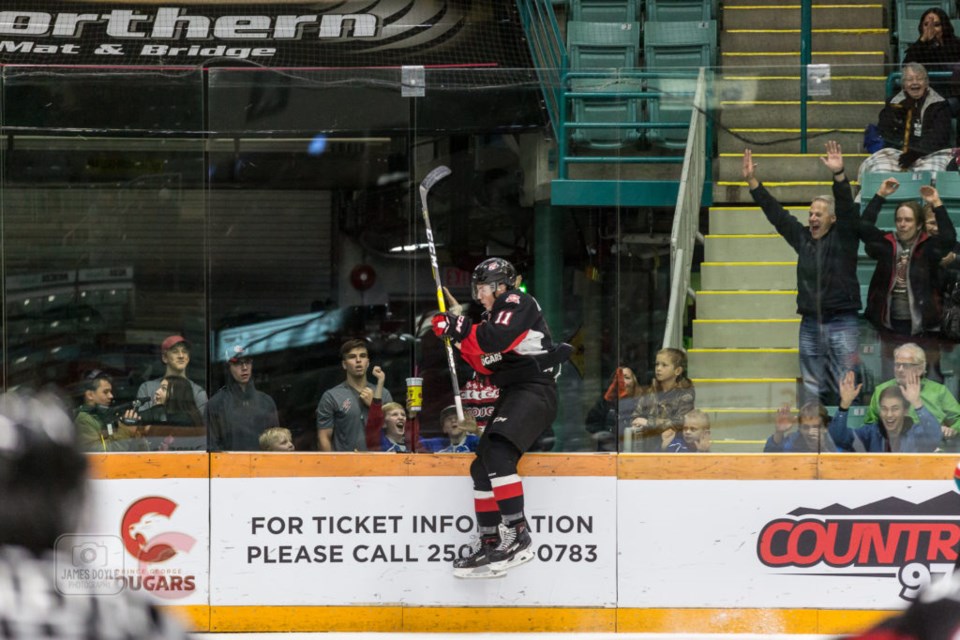 The Prince George Cougars blasted off a five-game homestand with a win over the Kelowna Rockets last night (Nov. 14) at the CN Centre.

The Cougars were also looking to extend their winning streak to two after a 1-0 win against Vancouver on Remembrance Day.

Prince George didn't get off to the start they wanted with Erik Gardiner finding the back of the net at 3:20 of the opening frame for Adam Foote and the Rockets (yes, that Adam Foote), but the Cougars would respond only 36 seconds into the second period thanks to Cole Moberg's sixth goal of the season.

The Cougars would add another in the second when Matej Toman put home his third, putting Prince George up 2-1.

However, the third would be wild.

Lane Zablocki tied the game only 55 seconds in for Kelowna. They would strike again at 12:07 thanks to Kyle Topping to put the visitors up 3-2.

With time slipping away for Prince George, they would find the back of the net with only seconds to go when Vladislav Mikhalchuk tied things to send the game to overtime.

The Cougars completed the comeback when Josh Maser found the twine with six seconds left in the extra frame, giving the Cougars a 4-3 win and a valuable win.

Hey, who woke up in 2nd place in the B.C. Division? pic.twitter.com/AuFjjLKsH8

Cougars goaltender Taylor Gauthier stopped 28 of 31 shots for the win while Kelowna netminder Roman Basran stopped 29 of 33 in the loss.

With the win, the Cougars moved into second place in the B.C. Division with 21 points. They sit only behind the Vancouver Giants.

Prince George will now host Kamloops for a weekend doubleheader on Saturday (Nov. 17) and Sunday (Nov. 18). Puck drop for Saturday is scheduled for 7 p.m. while Sunday game time is 2 p.m.