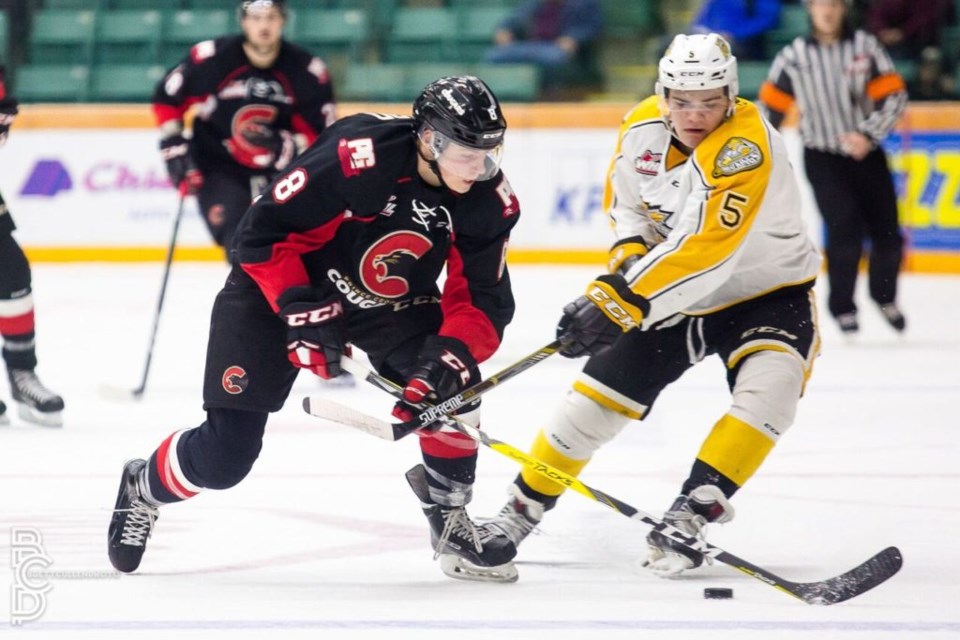 The Prince George Cougars are looking for consistency as they are currently riding a three-game winless skid.

Prince George dropped their last contest in overtime against Adam Foote's Kelowna Rockets by a score of 4-3 during a one-game road trip to the Okanagan.

The Brandon Wheat Kings are also coming off a loss after a 3-2 shootout defeat to the Vancouver Giants on Sunday (Oct.28). The Wheat Kings still have an impressive record at 6-3-3-2 while the Cougars are under .500 with a 5-6-1-2 record.

The next 10 games are crucial for Prince George, as eight out of those 10 will be at the CN Centre with the Seattle Thunderbirds, Brandon Wheat Kings, Kelowna Rockets, Kamloops Blazers, Regina Pats and Saskatoon Blades all making stops in Prince George.

Currently, the Cougars hold a 2-4-0-1 record at the CN Centre and will be looking to improve that record with eight of 10 at home.

The Cougars sit fourth in the B.C. Division with 13 points. They are tied with the Kamloops Blazers, who sit third in the division at 13 points. Prince George can take over third with a win tonight against the Wheat Kings.

Brandon Wheat Kings' Stelio Mattheos leads his club with 13 goals and 21 points on the season while Schael Higson has the team lead in assists with nine.

Since Halloween is tomorrow, there is also trick-or-treating starting at 5:30 on the concourse.