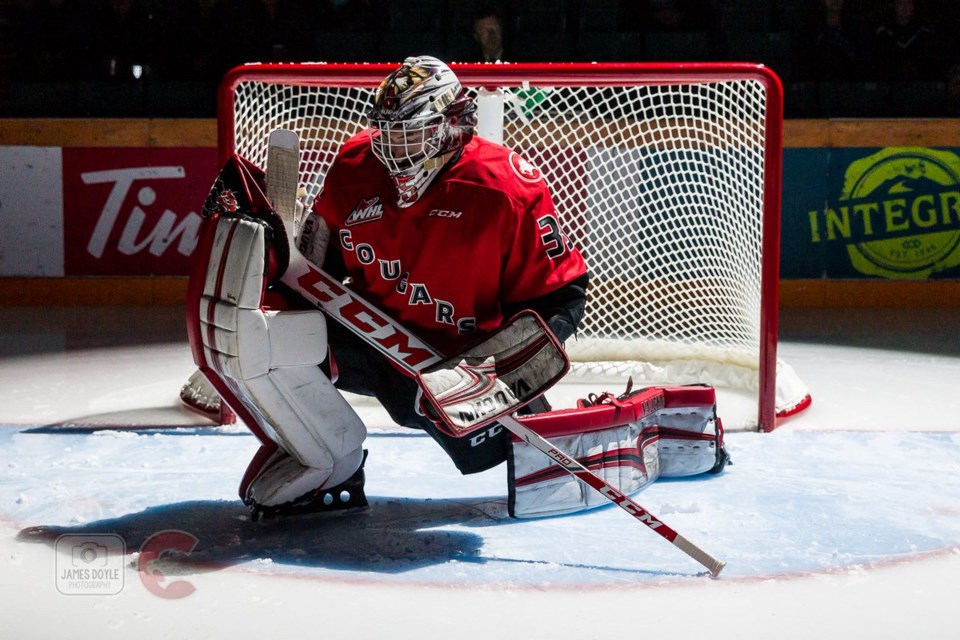 The new year has been kind to the Prince George Cougars so far and goalie Taylor Gauthier is a huge reason why.

Prince George posted another win last night (Jan.8) with a 1-0 shutout against the Tri-City Americans on the road. The win came on the heels of their shootout thriller against Kelowna on Jan.4 (where Gauthier put himself in contention for save of the year).

Gauthier once again stood on his head for the Cougars last night, posting a 36-save shutout. He now holds a 0.904 save percentage on the season with a 3.08 goals against average. He also has two shutouts to his name.

Last night, Ethan Browne put home the only goal of the night at 16:05 in the second period and that would be all Prince George needed to secure their second-straight win on the road and maintain their unbeaten streak in 2019 (2-0).

RECAP: @tgoats_35 makes 36-saves for his 2nd career shutout, as the Cougars blank @TCAmericans 1-0 on the road. | #NorthernUprising #WHL

The road trip for the Cougars continues tonight where they'll take on the Spokane Chiefs at the Spokane Veterans Memorial Arena.

The Spokane Chiefs meanwhile come into tonight's game with a 22-13-2-2 record, while going 7-3 in their last 10 games and are also on a two-game winning streak of their own.

The Chiefs have had major success at home posting a 13-5-0-1 record while the Cougars have slightly improved their road record to 7-12-1-1.

Spokane and Prince George have only met one other time so far this season, a 4-0 shutout for the Chiefs on Nov. 28.

The Cougars remain fifth in the B.C. division with 31 points, just two points behind the Kamloops Blazers.

The Chiefs meanwhile sit third in the U.S. division with 53 points.

A 36-save shutout from 2019 #NHLDraft prospect @tgoats_35 led Tuesday's performances around the WHL.

Here are the leading scorers for both teams heading into tonight (Jan. 9):

Prince George drops fourth straight game in battle of the cats
Oct 13, 2018 2:30 PM
Comments
We welcome your feedback and encourage you to share your thoughts. We ask that you be respectful of others and their points of view, refrain from personal attacks and stay on topic. To learn about our commenting policies and how we moderate, please read our Community Guidelines.