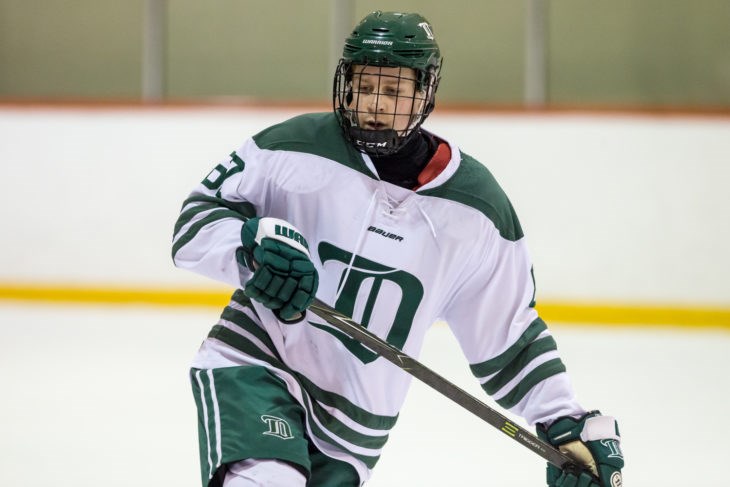 Carter MacAdams of Delta Hockey Academy was drafted by the Prince George Cougars in the 2019 WHL Draft.CSSHL

The Prince George Cougars have officially signed its first five picks from the 2019 WHL Bantam Draft class heavily praised by the club.

Carter MacAdams completed that milestone by putting pen to paper on a Western Hockey League (WHL) Standard Player Agreement for the 2021-22 campaign, much to the delight of Cats’ Scouting Director Bob Simmonds.

“Carter is part of a strong 2004 draft class and his skill set and approach to the game bodes well for his future,” he said in a team release.

“The upcoming season is a great developmental opportunity for him, and we are pleased to welcome him to the team.”

Prior to his fourth round, 70th overall selection by Prince George nearly two years ago, MacAdams’ scouting report described the forward as highly intelligent and offensively-minded, who loves to slow down the game he gets the puck on his stick.

He was also touted as a player that’s ‘extremely effective in tight spaces’ and can stick-handle the puck better when between defenders.

MacAdams, a native of Langley, is a product of the Delta Hockey Academy in the Canadian Sport School League (CSSHL), where he compiled 43 points in 29 regular-season games in his draft year with the Under-15 Prep program, including 24 goals.

A WHL standard agreement entitles a player to a university scholarship after their major junior careers are over, as well as medical and dental insurance coverage, hockey equipment and billets.

The Cougars are waiting for a committed 24-game schedule to begin for an altered 2020-21 season amid COVID-19.

Aside from no starts and a silver medal, World Juniors experience will last a lifetime for Prince George Cougars’ Taylor Gauthier
Jan 8, 2021 2:43 PM