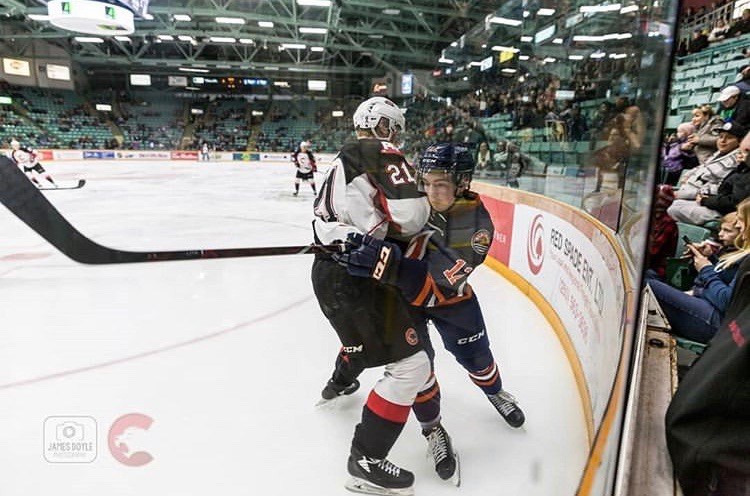 The last time the Prince George Cougars defeated the Kamloops Blazers in their home barn was Mar. 4, 2017.

A struggling offense failed to construct a comeback in the final period of Vegas Night on Saturday to break the visitors streak, ultimately losing by a score of 3-1.

This marks the ninth consecutive loss for Prince George to their BC Division rivals at the CN Centre, while also dropping their record to 0-4 against the Blazers this season. 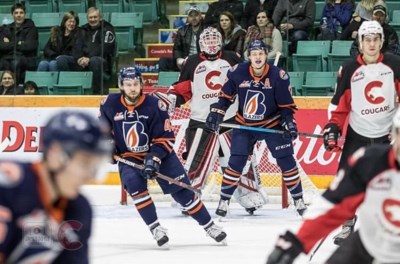 Goaltender Taylor Gauthier stayed on his toes throughout the contest, stopping 29 of 32 shots in his eight straight starts between the pipes.

Kamloops netminder, and Vegas Golden Knights prospect, Dylan Ferguson made 25 saves for his 10th win of the year

Cougars forward Josh Maser scored his team-leading 17th of the season on the power-play with less than five minutes left in the middle frame.

Kamloops regained the two-goal lead at 8:54 of the third and held on for the win, heisting Prince George’s chance to improve their record, which now stands at 16-24-1-2.

With the loss, the Cougars are now tied with the Blazers (16-24-2-1) at the bottom of the Western Hockey League’s (WHL) Western Conference, two points behind the Seattle Thunderbirds for a wild-card spot in the playoffs.

The rematch between these two teams is this afternoon, 2 p.m. at the CN Centre.

Prince George Cougars welcome another prospect to the den
Jan 9, 2019 4:37 PM
Comments
We welcome your feedback and encourage you to share your thoughts. We ask that you be respectful of others and their points of view, refrain from personal attacks and stay on topic. To learn about our commenting policies and how we moderate, please read our Community Guidelines.