Royals never had a lead until winning in final round of the skills competition
Dec 14, 2019 7:35 AM By: Kyle Balzer 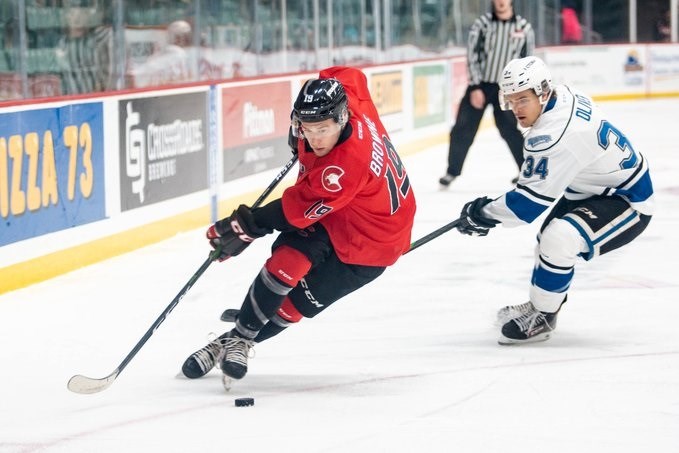 Last night’s (Dec. 13) loss to the Victoria Royals was likely a tough pill to swallow for the Prince George Cougars.

They maintained a 2-0 lead through 40 minutes and a 2-1 advantage until the final 67 seconds of regulation when the visitors tied it up to force an extra frame.

At the end of the night, Victoria prevailed 1-0 in the shootout, 3-2 the final, handing the Cougars a sixth straight loss to settle for one of two possible points and an 11th one-goal loss of the year.

Taylor Gauthier was arguably the best player for Prince George once again, making 32 saves of 34 shots, including one in the first few clicks of the contest to settle things down.

On the other side, reigning Western Hockey League (WHL) goaltender of the week Shane Farkas faced 42 shots on Friday in aiding his team to a comeback victory.

Reid Perepeluk scored his first goal since Nov. 1, his fourth of the 2019-20 season, off a backhand rebound play initiated by Josh Maser.

The Prince George product’s marker came with 4:40 left in the opening period for the 1-0 lead after 20 minutes.

A little more than a full period later, Ethan Browne claimed his return to the ice in five games (Nov. 30) after nursing a day-to-day illness, potting a power-play goal with 3:26 remaining in the second stanza.

The 18-year-old’s third of the year gave the Cougars a two-goal cushion into the next intermission, but a late penalty taken by Ilijah Colina proved to be costly.

A dozen ticks into the third period, Victoria capitalized on its five-on-four start with a goal from Gary Haden to cut the scoresheet in half and rid Gauthier of a potential shutout.

Prince George kept it 2-1 throughout the frame until Haden found a loose puck in a swirl of sticks in front of Gauthier to tie the tilt with 1:07 left.

Overtime solved nothing and the first five players in the shootout couldn’t light the respective lamps until Tarun Fizer found a route past Gauthier to win it for the Royals, 3-2.

This was the third shootout loss of the year for the Cougars, in which every setback was against Victoria and the last two taking place in the CN Centre.

It’s also Teddy and Toque Toss Night when fans will get to throw stuffed animals and warm winter clothing onto the ice when the Cats score their first goal.

Deja vu hits Prince George Cougars in starting new Portland series with shut out loss
Dec 8, 2019 8:35 AM
Comments
We welcome your feedback and encourage you to share your thoughts. We ask that you be respectful of others and their points of view, refrain from personal attacks and stay on topic. To learn about our commenting policies and how we moderate, please read our Community Guidelines.