Prince George Cougars welcome another prospect to the den 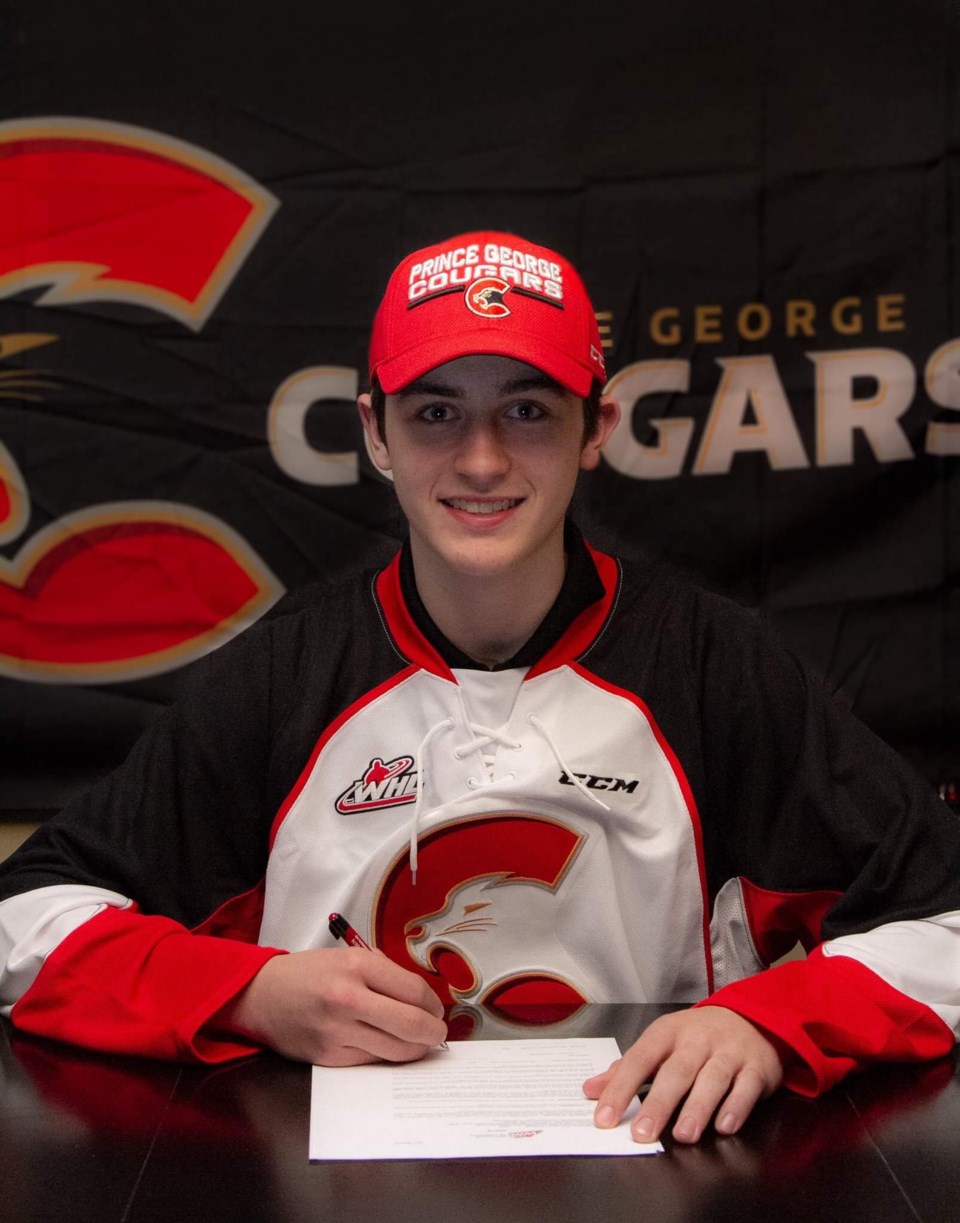 The Prince George Cougars have locked up another one of their prospects.

The Ardossan, Alta. native was selected 44th overall in the second round of the 2018 WHL Bantam Draft.

“Blake has really developed this season. He is playing with confidence and he has a strong power game; he plays with an edge,” director of Cougars scouting Bob Simmonds says. “He has a knack for scoring, and we expect him to continue to grow as a player and be a big part of our future.”

Eastman currently players at OHA Edmonton, at the Elite 15 level, which is in the Canadian Sport School Hockey League.

Last season, Eastman played for the Fort Saskatchewan Rangers in the Alberta Major Bantam Hockey League. He finished second in team scoring with 34 points (17-17-34) in a total of 34 games.

He's the third player with the Cougars to sign from the 2018 Bantam Draft class.

Proud to have signed with the @PGCougars I’m excited to be a part of this team! Thank you to all who have helped me get to where I am!! https://t.co/7mgNnLrXFa

Prince George drops fourth straight game in battle of the cats
Oct 13, 2018 2:30 PM
Comments
We welcome your feedback and encourage you to share your thoughts. We ask that you be respectful of others and their points of view, refrain from personal attacks and stay on topic. To learn about our commenting policies and how we moderate, please read our Community Guidelines.