The Cougars defeated Lethbridge in a shootout and Kootenay in overtime
Oct 16, 2018 12:32 PM By: Jess Fedigan 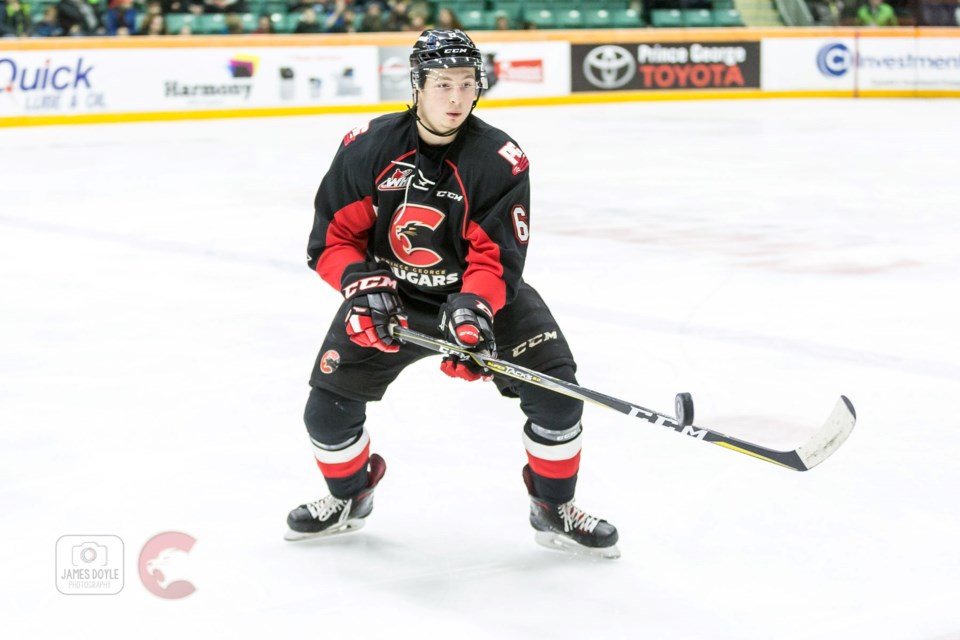 After losing four straight, the Prince George Cougars were able to get back on track over the weekend.

The Cougars first defeated the Lethbridge Hurricanes on Saturday (Oct. 13) in an exciting 6-5 win in a shootout and followed that performance with another exciting win on Sunday (Oct. 14), defeating the ICE 2-1 in overtime.

Saturday in Lethbridge was a goal fest; fans certainly got their money's worth.

RECAP: Cougars win a wild one in Lethbridge. | #NorthernUprising

Lethbridge would strike first in the opening frame (6:31) with Taylor Ross scoring his fifth of the year. But the Cougars would get a huge boost from their captain shortly after.

Josh Curtis added two quick goals, one in the first period and one in the second (10:07 of the first and 1:30 of the second), to put the Cougars up 2-1. The goals brought his season goal count to three.

But just before the second period ended (19:58), Keltie Jeri-Leon would score his third of the season on the power play to tie the game heading into the break.

The third period saw a barrage of goals from both sides.

Prince George would score the first of the frame with Tyson Upper scoring his first of the year for the Cougars shorthanded.

Lethbridge would answer back shortly after when Jake Elmer scored his sixth of the year, also shorthanded to tie the game, again.

But only minutes after would Cougars' Cole Moberg would add his first of the season on the power play to once again put Prince George in the lead.

But once again, the Hurricanes would strike back within seconds with Jake Elmer adding his second of the night (seventh of the season) to once again tie the contest.

Under a minute later, Taylor Ross would also add his second of the night and sixth of the season on the power play to put the home side in the driver's seat.

But Prince George wouldn't go away quietly with Cole Moberg once again finding the back of the net for his second of the night and second of the season to send the game to over time.

With overtime solving nothing, the two teams headed to a shootout.

Ethan Browne was first for Prince George and would beat Hurricanes goalie Reece Klassen to tie the shootout at one apiece.

Jordy Bellerive would go next for Lethbridge but would miss giving Prince George the advantage.

Vladislav Mikhalchuk stepped up for the Cougars and found the twine to put Prince George up 2-1 in the shootout.

Lethbridge would score to stay alive thanks to Dylan Cozens but Cole Moberg would snipe the game-winner to give the Cougars the win 6-5. The team also snapped their four-game skid in the process.

There wouldn't be much of a break for the Cougars, playing their second game in as many nights against the Kootenay Ice on Sunday.

The contest in Cranbrook would be a much more laid back contest compared to the night before.

Both teams were unable to find the back of the net in the opening frame but Prince George would strike first in the second period with Jackson Leppard scoring his first of the season.

The ICE would equalize the game with Peyrod Krebs adding his third of the year (3:39), which would send the game into overtime.

The Cougars wasted no time with Ilijah Colina netting his third of the campaign to give the Cougars their second straight win on the road.

The game is over.

Prince George now holds a record of 4-5-0-1 and nine points, but still sit third in the B.C. Division.