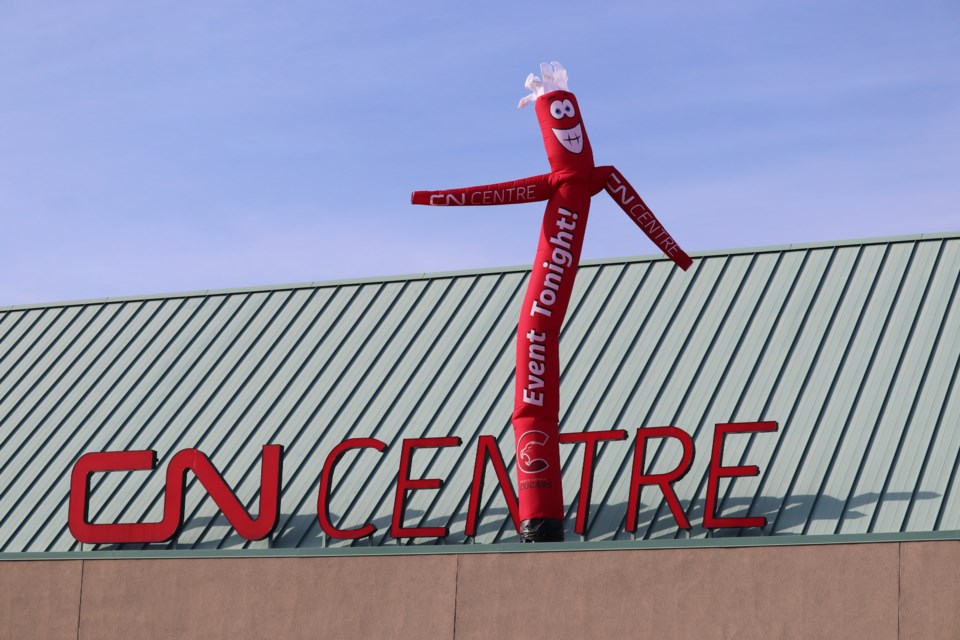 The Prince George Cougars and the CN Centre’s new inflatable wacky tube man finally has a name….and its Harold.

The inflatable wacky tube man, also known as an air dancer, will flail about on the CN Centre roof whenever there is a cougar’s game or event happening.

When the air dancer was first introduced to the world, the CN Centre also ran a contest to name it.

Announced at the Nov. 17 Cougars Game against the Kamloops Blazers, the winning submission came from Fran Daniels who suggested Harold — in honour of former Prince George Mayor Harold Moffat.

“The idea for Mr. PG originated with Harold Moffat in the late 1950s, who believed Prince George needed a mascot to promote the forest industry and represent the city,” says Daniels, in a CN Centre press release.

The CN Centre says Harold is an applicable, appropriate and fun name because it’s also a pun on the word herald — which is defined as an official messenger bringing the news or a sign that something is about to happen.

Daniels wins 11 tickets in the CN Centre’s Luxury Suite to the Prince George Cougars game on Nov. 23 when the team faces the Regina Pats.