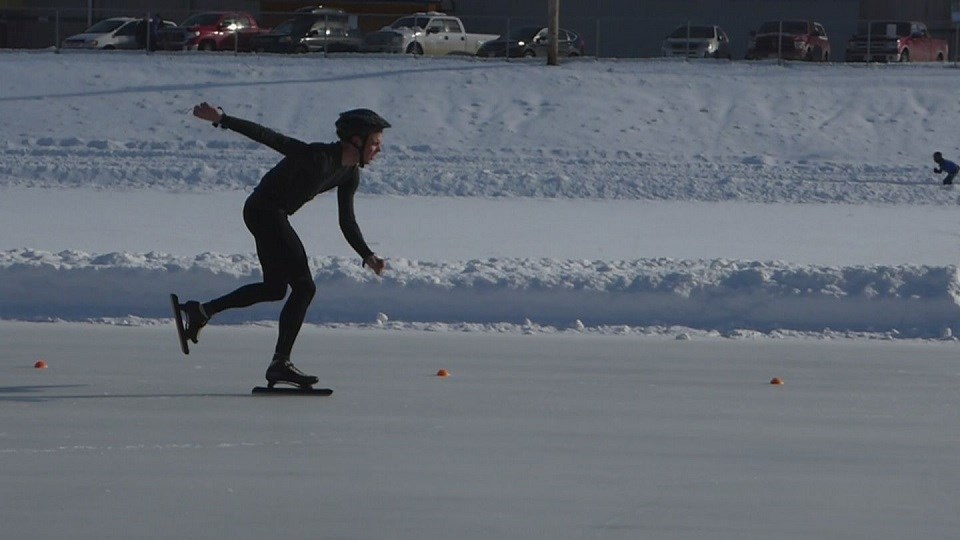 When it comes to competing in a winter-themed marathon, Prince George stands above all.

Cam McNamara won his third Iceman title in five years after completing the race in under two hours and 31 seconds faster than 2019’s winner.

The Prince George racer clocked in with a time of 1:51:50, beating out defending-champion Rob McDougall by 100 seconds and third-place finisher Michael van Vilsteren by over two minutes.

His race times through all stages of the 2020 Iceman are as follows:

There were 17 athletes taking part in the open men’s division, 15 of which were from Prince George.

Meanwhile, the new Icewoman is Shar Bolagh, who beat out the next open women’s competitor by nearly 18 minutes, finishing with a final time of 2:02:55.

Her five-stage time results were:

Bolagh clocked in four minutes later than last year’s Icewoman, Jocelyn Poirier-Hardy, who had a time of 1:58:53.

There were 13 women in the open category with nine coming from Prince George.

In the relays, ZATOG won the men’s division with a time of 1:44:44, beating out McNamara’s individual result by more than seven minutes.

They were over 18 minutes faster than the second-place team, known as MANtips are HARD.

NMP OrganElles 1 crossed the open women’s relay finish line first at 2:09:12, while Beauty and the BEASTS won the mixed relay division with a time of 1:54:43.

Competitors for the 2020 Iceman marathon came from as far as Sherwood Park, Alta., with some also hailing from Whistler, Vancouver, Jasper and Smithers.

PHOTOS: Dominant Duchess Park flawlessly soars to senior girls, boys city basketball championships
Feb 12, 2020 7:35 AM
Comments
We welcome your feedback and encourage you to share your thoughts. We ask that you be respectful of others and their points of view, refrain from personal attacks and stay on topic. To learn about our commenting policies and how we moderate, please read our Community Guidelines.