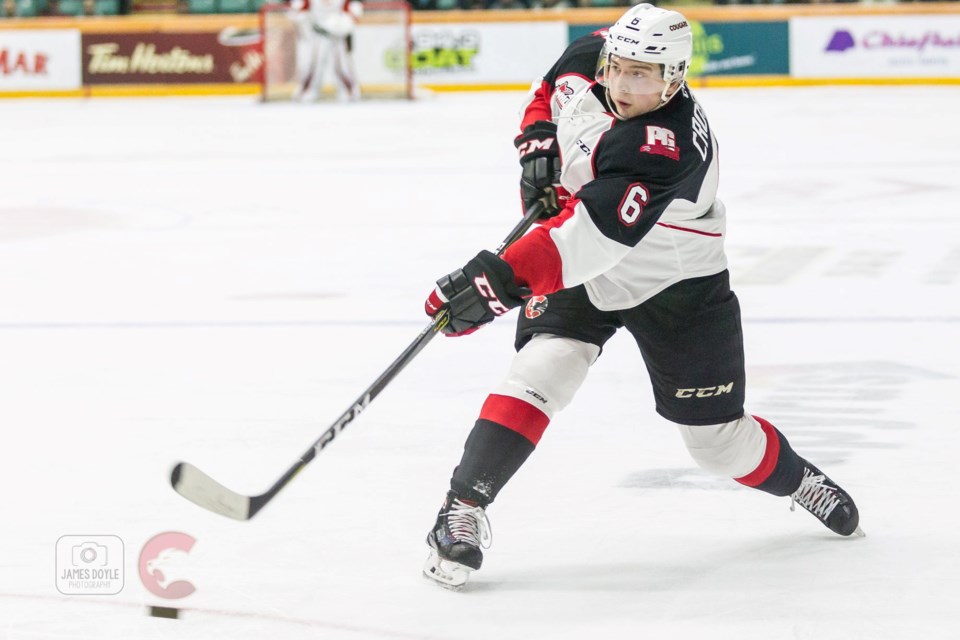 The Prince George Cougars are in a slump after dropping another game and extending their losing streak to four.

The Cougars were in Medicine Hat, Alta. to take on the Tigers to kick off a three-game game road trip at the Canalta Centre.

After two straight losses to Vancouver and a loss to the Kelowna Rockets, the team was looking to snap their skid and get back in the win column. Prince George was also without left wing Josh Maser after he was suspended by the WHL for four games for an incident against Vancouver on Oct. 6.

The Cougars once again got off to a bad start with Linus Nassen scoring his first of the season to put the Tigers up one.

Prince George also struggled to be disciplined with taking two first period penalties from Vladislav Mikhalchuck for checking from behind and Austin Crossley for roughing. Luckily, Medicine Hat failed to convert.

But the second period didn't go any better for the Cougars.

Tyler Preziuso would score his third of the season for Medicine Hat while Ryan Jevne would add his second of the year to put the home side up 3-0.

The Cougars would get on the board in the third with captain Josh Curtis scoring his first of the season to pull Prince George within two. But that was as close as they would come as Jevne would score his third of the season on the power play to salt the game away.

The third period saw a total of seven penalties dished out between the two teams. The Tigers finished the night 1 of 5 on the power play while the Cougars went 0 for 5.

Taylor Gauthier stopped 26 out of 30 shots for Prince George while Mads Sogaard stopped 22 of 23 for Medicine Hat.

The Cougars now sit fourth in the B.C. Division with a record of 2-5-0-1 and ninth overall in the Western Conference.

Prince George will take on the Lethbridge Hurricanes tonight at the Enmax Centre with a puck-drop of 6 p.m.