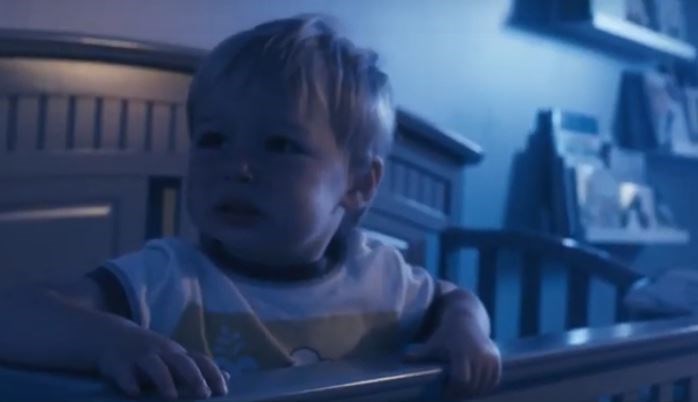 A local Prince George filmmaker has entered a short horror film into the international My RØDE Reel competition, which is the world’s largest short film competition.

Jonathan Chuby, founder of Picaroon Pictures and co-creator of the series Geoff and the Ninja, produced the three-minute film starring his wife Carly and their young son Logan.

My RØDE Reel is comprised of three judges who will choose the winners in a variety of categories, but there is also a people’s choice category where the public can vote for their favourite film.

The winners are eligible to take home RØDE gear that they can use for filmmaking projects, and in total the company offers over a million dollars in prizes for the competition.

Chuby’s film Soother is about a toddler who keeps tossing his soother out of his crib to get the attention of his frustrated parents. However, something more sinister, like a monster, could be lurking in the closet.

“I did the film not necessarily to submit it into the festival at first,” says Chuby, explaining that his wife Carly was pregnant and overdue during filming, so the family had some time to kill.

He says he had an idea for a short film they could film relatively quickly at home.

“Our son was throwing his soother out of his crib all the time, and he was doing it to get our attention, so we would go in and give it back to him and sure enough he’d throw it out and start crying again,” says Chuby.

“The idea I’d have is - what if he is throwing the soother out because there’s someone else in the house and he’s trying to get our attention, so I kind of just took it to a scarier place.”

The monster in the closet (spoiler) was actually a pre-existing costume being used in Judy Russell’s musical production of Beauty and the Beast. Chuby says they were able to get a shot of Jon Russell in front of the green screen moments before he was needed on stage.

You can learn more about the competition and if you are inclined, vote for the film online. Winners will be announced from Sept. 25 to Oct. 4 depending on the category.