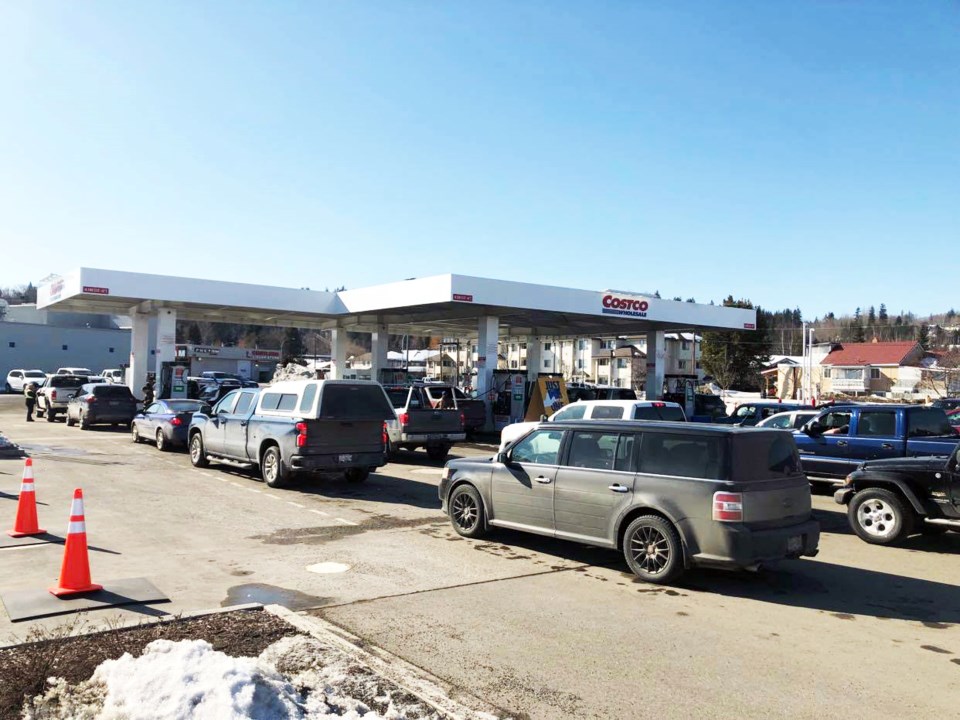 Prince George appears to be hovering around an average low for gas prices stemming from the second half of the 2010s.

This is according to the BC Utilities Commission (BCUC), which has included the northern capital in a new website that breaks down the cost of fuel in provincial cities, known as GasPricesBC.ca.

Generic pricing data has now been expanded to include information pertaining to select cities across B.C. based on the volume of public feedback.

These include pricing breakdowns for Prince George, such as the crude price, refining and retail margins, as well as the taxes motorists pay for a litre of both regular gas and diesel.

Since 2017, crude prices have dropped to 27 cents in the city after spiking to more than 40 cents in each of the last three years, while refining margins have increased from 2016 by five cents to 32 cents.

Aside from a one-cent drop in 2019, retail margins have stayed the same in the last five years at eight cents a litre.

The dashboard also includes a weekly price overview, a fuel price comparison and average prices by city, including those in Fort St. John, Kamloops and Vancouver.

Refining and retail margins increase the further gasoline is shipped to market.

In Victoria’s example, refining margins are more than 40 cents per litre, while retailer margins have averaged about 10 cents since 2016.

For Vancouver, refining margins stand at 39 cents a litre in 2020 thus far and have been slightly declining since 2018; retailer margins for B.C.’s largest city have dropped 36 per cent to just over seven cents.

Motorists pay less tax on their gas in Edmonton and Whitehorse than they do in Prince George.

However, compared to other B.C. cities in the system, the northern capital has paid the lowest tax at an average of 37.5 cents a litre from the last five years.

The BCUC is responsible for collecting and publishing numbers recorded on GasPricesBC.ca with prices to be adjusted weekly.

The site stems from the Fuel Price Transparency Act, passed in 2018, and provides information required from companies on how fuel prices are set in B.C.

The next set of data will be collected until Sept. 30, 2020, and updated regularly.

As of this publication, Costco on Range Road currently has the lowest price for fuel in Prince George at 110.9 cents a litre followed by several local stations at 116.9.

Prince George Costco dropped as low as 68.9 cents a litre during the COVID-19 pandemic on April 16.

PHOTOS: Lineups continue as Prince George gas prices drop to 87.9 per litre, second lowest in B.C.
Mar 17, 2020 12:35 PM
Comments
We welcome your feedback and encourage you to share your thoughts. We ask that you be respectful of others and their points of view, refrain from personal attacks and stay on topic. To learn about our commenting policies and how we moderate, please read our Community Guidelines.