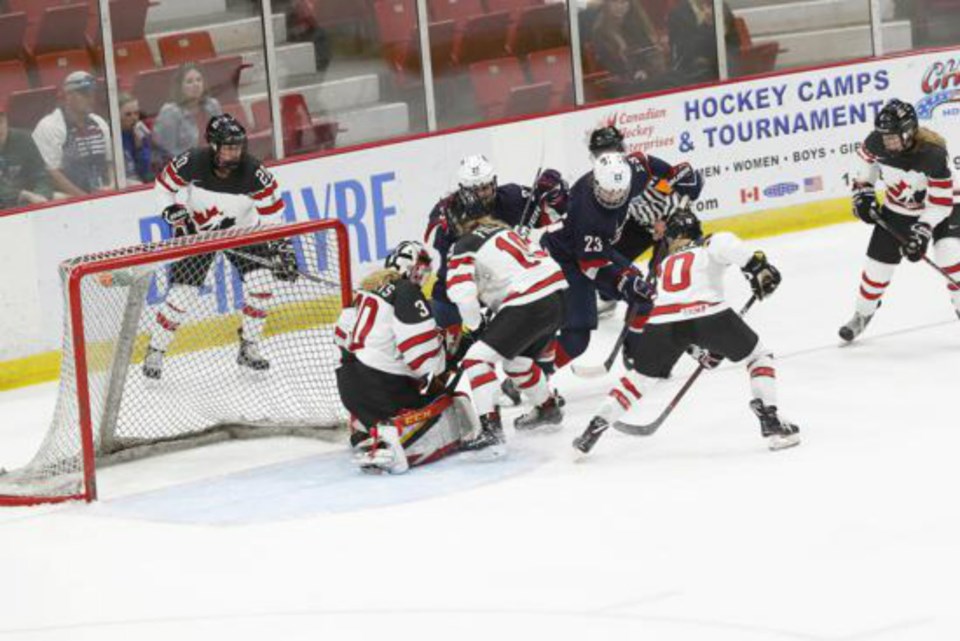 The first game in a Team Canada uniform is said to be the most memorable for any hockey player in the country.

While that may still be the case for Northern Capitals alumna Kelsey Roberts, it may also be one to forget as her Canadian National Women’s Development team fell short of evening up their three-game summer series against the United States, doubled down by a score of 4-2 Thursday night (Aug. 15).

The Prince George goaltender was able to stop 22 of 26 shots from the Americans in her first international tilt, but also gave up two goals 3:23 apart from each other in the final five minutes of the third period.

The 21-year-old, originally from Kitimat, turned aside all eight shots from the U.S. in the opening frame, holding the red and white to a 1-0 lead after 20 minutes.

Roberts continued to shut the door until the 13:33 mark of the second stanza when Canada was on a delayed penalty call, giving the stars and stripes a chance to tie the game at 1-1 on a brief six-on-five advantage.

Both teams exchanged a pair of goals early in the third to make it a 2-2 game with over 13 minutes left to play.

This is likely the only start for Roberts this week as Canada brought three netminders to the showcase in Lake Placid, New York.

Canada looks to avoid the sweep this afternoon (Aug. 16) at 4 p.m. Pacific.

Prince George is bidding on the 2021 Esso Cup
Feb 26, 2019 12:35 PM
Comments
We welcome your feedback and encourage you to share your thoughts. We ask that you be respectful of others and their points of view, refrain from personal attacks and stay on topic. To learn about our commenting policies and how we moderate, please read our Community Guidelines.