Prince George has moved over 5,700 truckloads of snow so far this winter 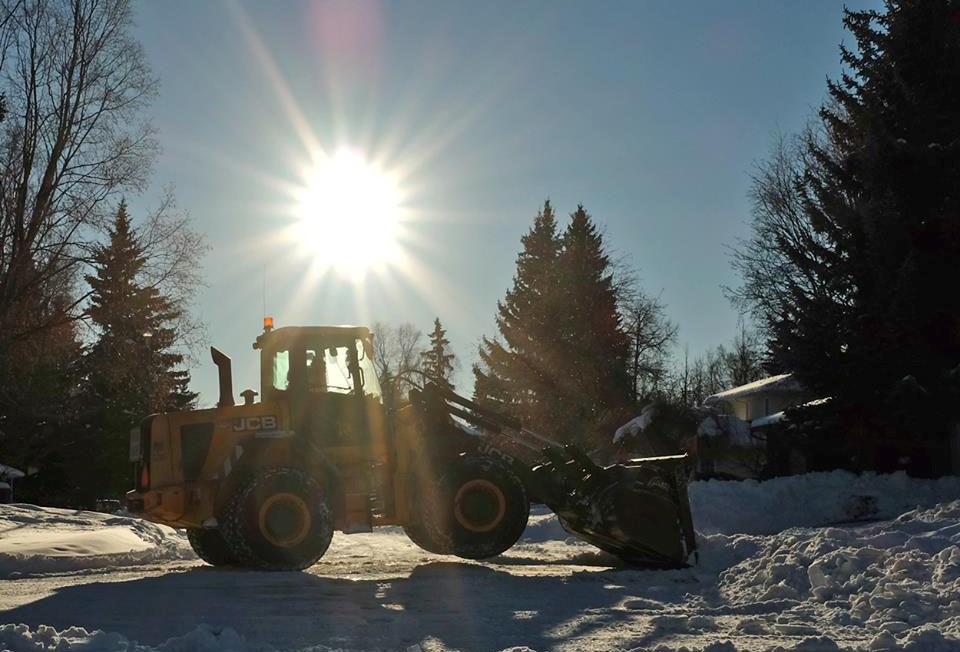 Prince George got its first big snow dump on Dec. 28th (via Facebook/City of Prince Geroge)

One thing that everyone can agree on has to be the fact that Prince George has received a lot of snow this winter season.

“We have approximately 700km worth of road to do in our city and 200km worth of sidewalks so that includes plowing, sanding, and so we go non-stop. It’s a big, big job.”

The first big dump happened on Dec. 28 when the city received 35 centimetres of snow within a 24-hour period.

“Within that week-long period, we had other small snowfalls to add to that but we also had rain and weather temperature change and freeze/thaw so that certainly created a challenge and it was a big week for us in trying to clear roads,” says Hall.

“We have a threshold of snowfall that we will react to and deal with priority areas, but when you get 35 centimetres of snow coupled with rain it becomes a real challenge.”

Hall says road crews have been working 24/7 to try and clear arterial roads, connector roads, residential streets, and bus routes, and are currently working on ice on the streets in residential areas.

He says the city has received both positive and negative reactions regarding snow removal procedures.

“I would say most of the people that were not pleased and let us know whether it be by email or phone call, and they were certainly specific about it and felt we could do better,” says Hall, adding the city is always looking at ways to review and enhance the snow removal process.

“There was always something that we could take away from those people that weren’t satisfied with the snow removal because they provided those comments.”

Hall says that residents who have an issue with a particular area that they would like addressed they can reach out to the city’s service centre at 250-561-7600.

“I can’t stress too strongly, that the fact of the matter is, we take a look at our snow clearing operations as the winter progresses and over the summer to review it and say ‘Hey, what can we do differently?’,” says Hall.

To learn more about PG's snow clearing operations, you can check out the dedicated snow page on the city’s website.

Prince George's snow crews are ready for the next big dump
Nov 26, 2018 4:35 PM
Comments
We welcome your feedback and encourage you to share your thoughts on this story. We ask that you be respectful of others and their points of view, refrain from personal attacks and stay on topic. To learn about our commenting policies and how we moderate, please read our Community Guidelines.