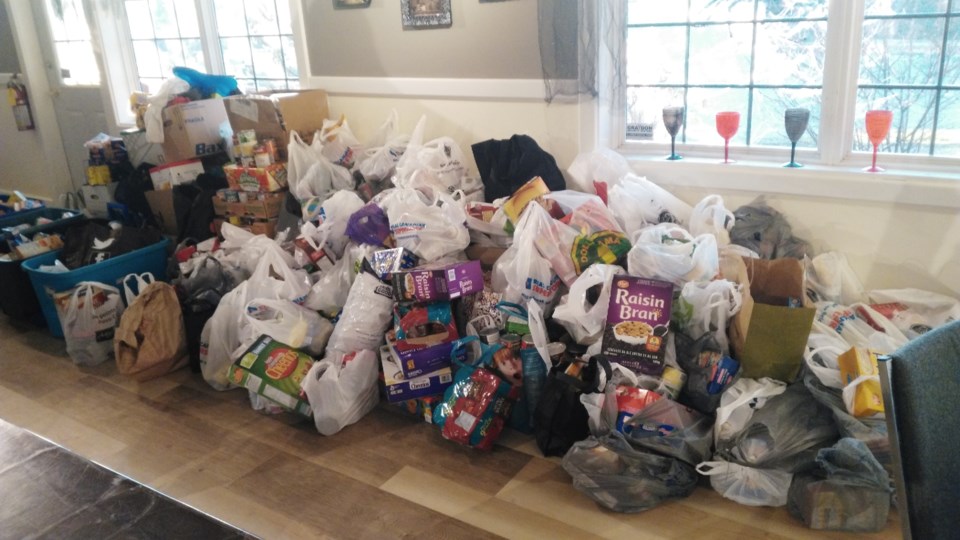 It’s already been a happy Halloween for the Central B.C. Railway and Forestry Museum.

The Prince George tourist stop is ready to make a huge donation to St. Vincent de Paul Society, thanks to the success of its Halloween event.

Close to 2,000 visitors all brought a food donation to get entry into the haunted train tours, called The Final Stop, resulting in a massive pile of non-perishable food items earmarked for the St. Vincent de Paul’s Food Bank.

The facility changed its grounds and exhibits into a Halloween-themed playground for all ages, including the train rides.

The event ran for two consecutive Saturdays before Halloween with haunted train tours happening after 5 p.m. and Halloween for all ages happening before 3 p.m.

The Central B.C. Railway and Forestry Museum celebrates Prince George's history focusing on an era when the railway was the region's lifeline and forestry was becoming B.C.'s future.

The museum has a collection consists of over 60 pieces of rolling stock, 10 historical buildings and numerous smaller artifacts on an eight-acre site and often collects non-perishable food items in lieu of an entrance fee for special events.