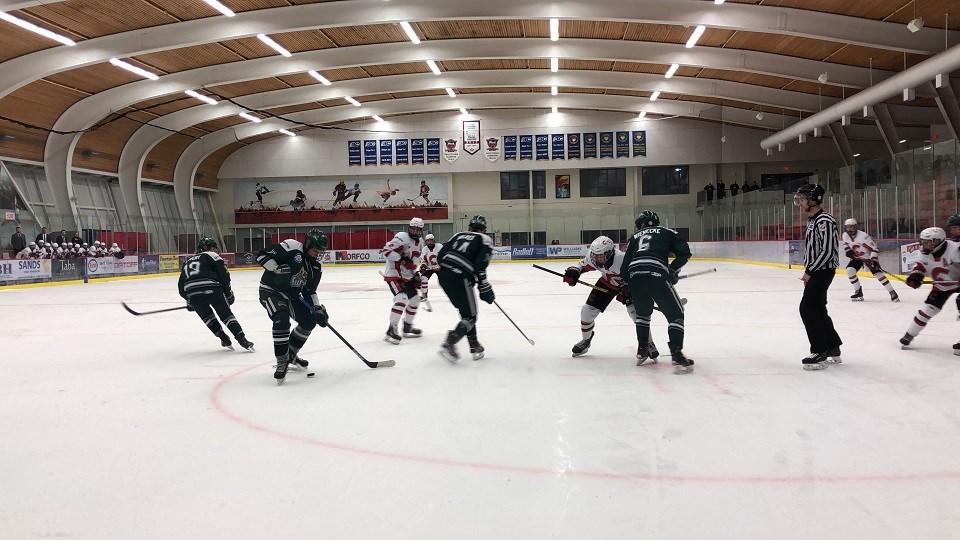 Cariboo Cougars in action at Kin 1 Arena against the North Island Silvertips during the 2019-20 season. (via Kyle Balzer, PrinceGeorgeMatters)

Upon further review, the future of winter sports in Prince George appears to be unknown as the city announced yesterday (July 14) it’s now closing its ice arenas indefinitely.

Officials say this is the result of the COVID-19 pandemic and the financial threat it poses to the city’s 2021 budget, which has the potential to lose $9 million in revenue.

Prince George’s tentative Aug. 4 reopening date for its arenas has been scrapped as the city is projecting a $9M budget shortfall in 2021 due to COVID-19, citing indefinite closures until further notice 🏒 | #CityOfPG @PGMatters pic.twitter.com/3Cr51DOkz3

“Arena revenues have been severely impacted by the pandemic,” reads a city statement.

“In addition, ongoing requirements related to physical distancing, increased cleaning and sanitization, and capping attendance at 50 would negatively affect arena usage and operations.”

The news has sparked frustrations and shock among coaches, parents, players and other members of the local hockey community as facilities like the Kin Arenas and Rolling Mix Concrete Arena were tentatively scheduled to reopen on Aug. 4.

The same day, organizations were set to start summer development camps in anticipation of the 2020-21 season for players across all levels of minor hockey.

The Prince George Minor Hockey Association (PGMHA) says it was ready to release its ‘Return-to-Play’ document this week and still plans to do so in spite of the city’s decision.

In a statement from PGMHA President Glynis Vennberg, she says the organization spent $585,000 for last year’s arena rental as ‘one of, if not the biggest, user group of ice’ in the community.

“It is especially disappointing when northern B.C. has gone 36 consecutive days without a positive COVID-19 case. Having reached out to our points of contact within the City of Prince George consistently since March, the sudden news of indefinite rink closures without notice, consultation or communication is shocking.

“We were planning and excited to announce our summer camps, our Annual General Meeting as well as a new staff member to PGMHA this week. Some of these plans will now have to change as the mood certainly has.”

According to Vennberg, 80 per cent of children are currently not getting enough physical activity, adding that opening local facilities can provide that key component of fighting infections if a potential second wave hits the region.

“It is also reported that mental health issues are on the rise in children and adults due to the lack of physical activity. We need to get back to activity through our facilities because the longer we wait the harder it will be to get citizens reengaged in activity.”

Also in response, local hockey parents have started a Change.org petition calling on Mayor Lyn Hall and the City of Prince George to reopen recreational centres.

Tim Clough created the page Tuesday night and claims, in its description, if local arenas don’t open up soon, kids will likely go to other cities.

“Many are leaving town to find open venues in order to prepare for their winter seasons. These athletes should not be forced to travel long distances when we have first-class facilities here at home ready for them to use.”

As of this publication, close to 800 people have signed the online petition.

Northern Health has 65 test-positive COVID-19 cases, but all have since recovered and no longer require isolation.