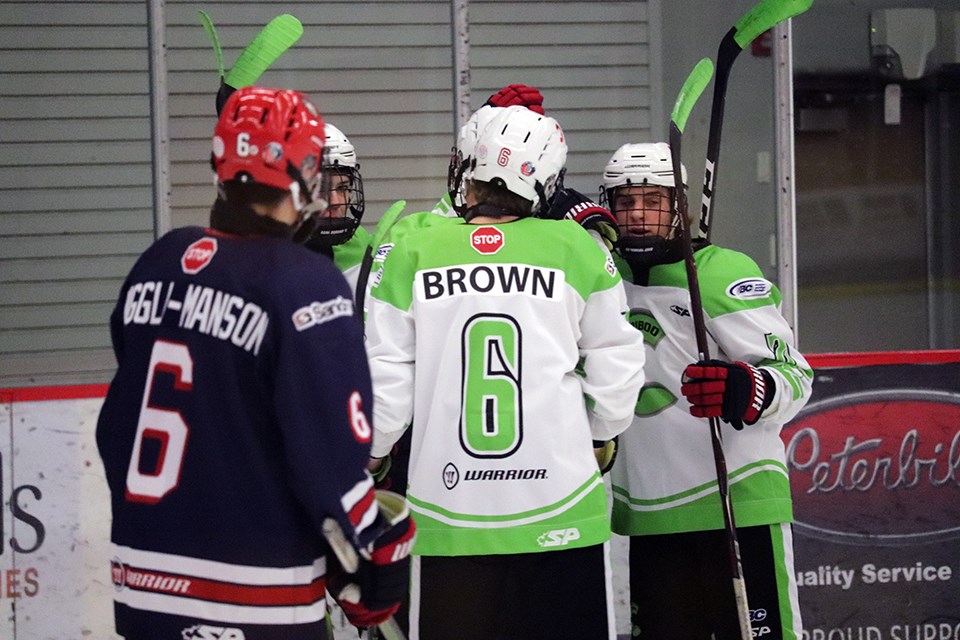 After being released from the Merritt Centennials in the BCHL, Hunter Brown has found a saving grace one province over.

The Prince George hockey product has committed to playing for the AJHL's Spruce Grove Saints for the 2021-22 season as COVID-19 continues to put a pause on junior ‘A’ hockey across the country while vaccines are beginning to rollout.

Brown is also a graduate of the Cariboo Cougars, and will join fellow alum Brophy Dunne, who signed with the Saints in September last year.

“Hunter is a smooth skating forward who will increase the pace of our game,” said Spruce Grove Head Coach Bram Stephen in a team statement, hoping to use the 17-year-old forward as a ‘utility knife’ for next season.

“He goes to the hard areas and plays reliably at both ends of the ice. He is physical and will likely be a player that can be relied upon to play in all different situations in our lineup.”

He compiled the sixth-highest points among his teammates.

“Hunter comes to us from a successful Cougars program, he is a great skater, has good size and plays a power forward type game,” added Saints General Manager Rob Sklaruk.

“He is very hard to handle when the puck is on his stick with a strong, sturdy build, perfect for the deep corner work and the grind in front of the opposing net.”

A season earlier, Brown tied the scoring race with the Cougars’ Under-16 AAA team with 17 goals and 31 points in 29 games.

He was also taken in the seventh round of the 2018 WHL Bantam Draft, 138th overall, by the Red Deer Rebels.

The AJHL's most recent statement on a 2020-21 restart that it's unable to establish a timeline due to current provincial public health restrictions.

In other Cariboo Cougar news, alum Mason Richey has committed to playing college hockey in Wisconsin for 2021-22.

The Terrace product will suit up for the Marian University Sabres in NCAA Division Three play.