Prince George honours its Citizens of the Year 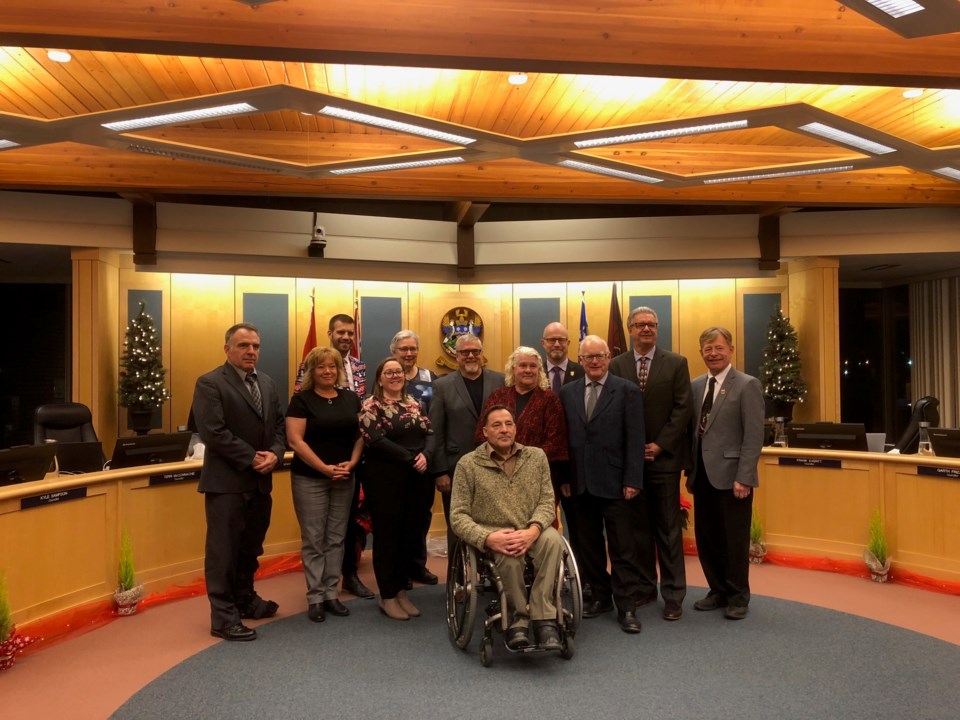 Pat and Nancy Harris and Les Waldie accept the 2018 Citizen of the Year Awards at city council. (via Hanna Petersen)

Four individuals have earned the City of Prince George’s Citizen of the Year Award.

Pat and Nancy Harris, Les Waldie and Charles Jago were recognized as this year's recipients at the Dec. 10 council meeting.

“This group has not only made Prince George better, (but) they were also behind permanent additions to the city that continue to benefit our local residents,” said Mayor Lyn Hall.

Pat and Nancy Harris work on the city’s accessibility committee. Their work includes elevator access to the airport’s main terminal from the long-term parking lot, the boardwalk at the Ancient Forest and the universal access trail at Tabor Mountain.

They also took part in an audit of regional and provincial parks, including rest stops along Highway 16, to identify barriers for individuals with mobility challenges.

“For those with physical challenges that limit them to certain buildings or places that restrict them from doing certain things, Nancy and Pat Harris have been the fiercest advocates for fairness. They have always emphasized that they don’t seek special treatment for themselves or others; they simply want fair and equal access for everyone,” said Hall.

Pat and Nancy Harris, Les Waldie and Charles Jago (not pictured) receive the 2018 Citizen of the Year Awards #CityofPG pic.twitter.com/heORRo1VRg

Waldie was also congratulated for his 40-plus years of dedication to community service.

He was involved with the successful bid to bring the 2015 Canada Games to Prince George and was instrumental in gaining support for the Kordyban Lodge, which is an accommodation facility for patients receiving ongoing cancer treatments.

“The facility may carry the Kordyban family name but it has Les Waldie’s fingerprints all over it and it is a testament to what we can provide to the entire region,” said Hall. “It’s the uncanny ability you have to bring people together and to make something happen.”

Although Jago, UNBC's former president, was not in attendance, he was nonetheless recognized as a 2018 Citizen of the Year.

“While he was UNBC president, Charles led the charge on a long-term solution to the shortage of doctors and specialists in the city and across the region,” said Hall, referring to Jago’s involvement in establishing the northern medical program at UNBC.

“(They all) have certainly inspired us with their service and council is pleased to honour all of them this evening.”