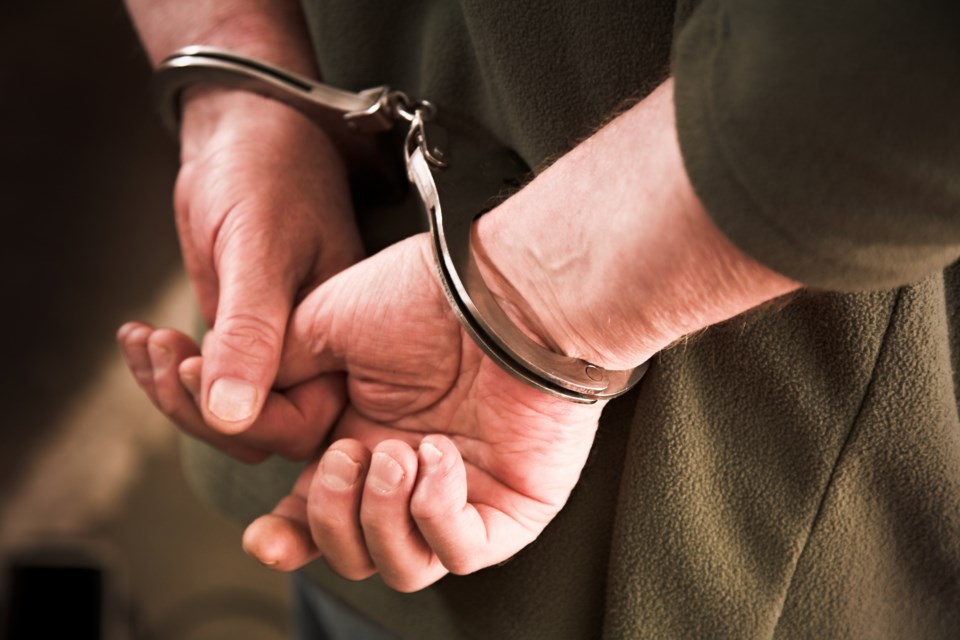 One man has been arrested and a second is missing after a break-and-enter last week in the city as well as shots fired.

Shortly after 2 a.m. on Jan. 11, Prince George RCMP responded to a report of a break-and-enter at a motel located in the 1600-block Central St.

Initial reports indicated two men wearing masks and forced their way into a room, and one was believed to be carrying a gun.

When police arrived, they saw the two suspects flee in a white pickup truck; attempts to pull the suspects over were unsuccessful.

The vehicle was sighted in the College Heights area and police continued to look for the suspects.

RCMP says it was believed the motel room had been empty at the time of the incident.

Police dog services, as well as emergency response teams, were called to assist and began tracking the suspects along Domino Forest Service Road.

At 2:25 a.m., RCMP were then notified from a snow removal contractor that the white pick-up truck was stuck in the snow near Domano Boulevard and Malspina Avenue and one occupant of the vehicle had fired shots.

Prince George police arrested one of the suspects around 4:45 a.m. without incident, but the second man has not been found.

Twenty-eight-year-old Pride Dawson Moore from Prince George has been charged by the BC Prosecution Services with the following offences:

Moore has stayed in custody until at least his next court appearance, which is scheduled for Jan. 23rd in Prince George.

Police are still investigating and attempting to find the second suspect.

It also believed this was a targeted incident related to the drug trade.

Youth taken into custody after incident at Kelly Road Secondary School
Jan 11, 2019 11:39 AM

Thieves in Prince George are breaking into vehicles and stealing guns
Oct 24, 2018 2:41 PM

Prince George driver arrested for refusing to give a breath sample during school pickup
Sep 17, 2018 4:06 PM

Prince George man nabbed by homeowner during break and enter
Nov 1, 2018 8:26 AM

Prince George woman clocked going 130 km/h in 80 km/h zone
Oct 23, 2018 12:41 PM
Comments
We welcome your feedback and encourage you to share your thoughts on this story. We ask that you be respectful of others and their points of view, refrain from personal attacks and stay on topic. To learn about our commenting policies and how we moderate, please read our Community Guidelines.