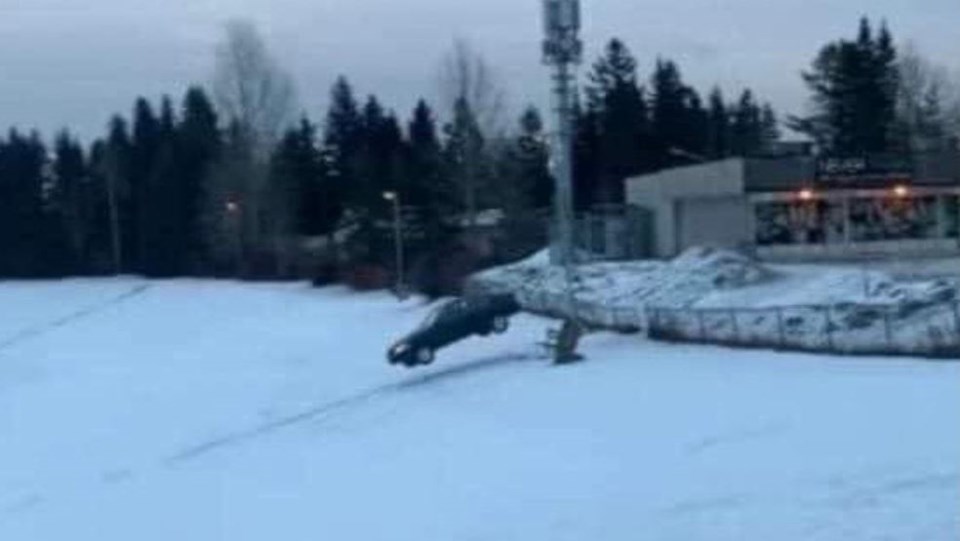 Mounties in Prince George are asking witnesses who filmed a car flying over a fence in College Heights to come forward.

In a widely-shared video on social media, which has since been taken down, a dark four-door sedan is seen driving through a strip mall parking lot at high speeds, uses a raised surface to clear a fence and into the fields by College Heights Secondary School.

The vehicle is then seen leaving the school fields.

RCMP spokesperson Cst. Jennifer Cooper says police are asking the person who filmed the video and the car's driver to come forward with their information.

“This was a dangerous stunt that put the lives of those in the area at risk," she said.

"It occurred during the day at what appears to be peak shopping hours for the strip mall. Additionally, children frequently use that hill for sledding. We are making a plea to the public, and particularly the driver of the vehicle, to come forward with what they know."

Police are asking anyone with surveillance or dashcam footage that shows the incident to contact Prince George RCMP at 250-561-3300.