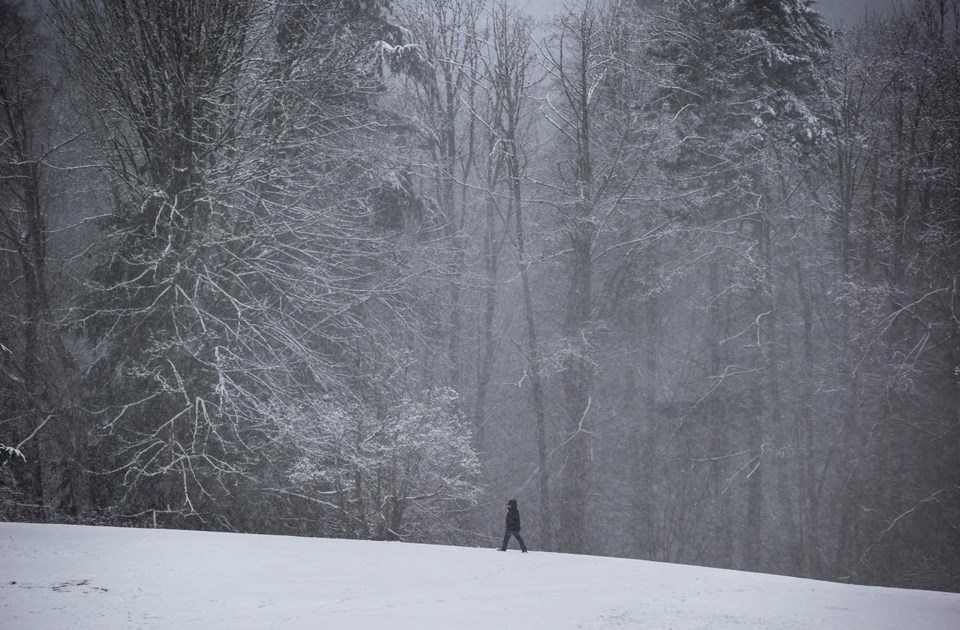 It just keeps getting colder.

The city has been under a special weather statement as cold Arctic air moving throughout the province is bringing low temperatures across the interior. That statement has been upgraded to an official warning.

The agency says overnight lows combined with occasional light winds will be enough to produce extreme cold wind chill values of near -40 to -45 C and is warning residents to cover up when going outside.

Frostbite can develop within minutes on exposed skin, especially with wind chill.

Tomorrow’s high is -22 C but in the morning there will be a wind chill of -38 C and -33 C in the afternoon.  That of course, comes with a risk of frostbite as well.

The cold air will be in place throughout the province by Monday, and persist for the remainder of the week.

It’s not just Prince George either, Environment Canada is warning of extreme cold across swaths of northern B.C., while more snow is expected in the southern Interior as Arctic air moves through the province.

Temperatures over Interior regions are 10 to 20 degrees below the seasonal average, while coastal areas will be 5 to 10 degrees below seasonal, making for the coldest conditions seen this season.

The weather agency says the cold air will settle in Monday and persist for the rest of the week after a fairly mild winter so far.

It says temperatures in the Interior will be 10 to 20 degrees below the seasonal average, while coastal areas will be 5 to 10 below seasonal norms.

Another warning covers the North Coast, where Environment Canada says cold temperatures combined with winds up to 50 km/h will create wind chills of minus 20 or lower starting Sunday night.

Snowfall warnings remain in effect for the Coquihalla Highway between Hope and Merritt and Highway 3 from Hope to Princeton.

Environment Canada is forecasting additional snowfall between 10 and 15 centimetres before tapering off to flurries Monday morning.