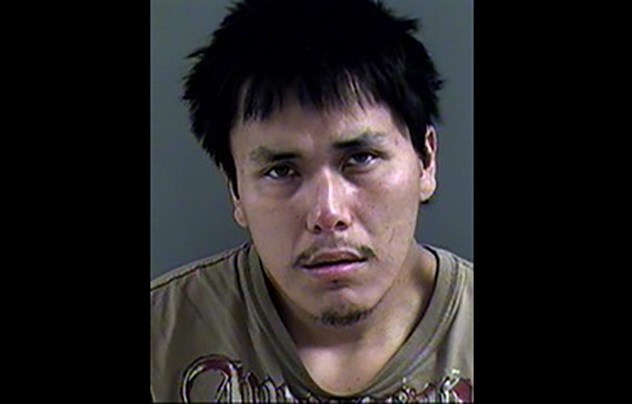 Mounties in Prince George are asking for the public's help in finding a man wanted for robbery as well as break and enter in two separate incidents.

Cpl. Craig Douglass says just before Noon on Jan. 6, 2020, police received a report of a convenience store robbery in the 1800-block, 20 Ave.

A man entered the business and took over $200 worth of merchandise before the police could be called.

On Feb. 5, 2020, at roughly 5 a.m., Douglass says another break-and-enter was reported at an occupied residence in the 600-block, Burden St.

Officers attended the scene and found an unknown person had forcibly entered the home, while a family of five was sleeping.

Several items were stolen and police were called when one of the residents woke up and found they were missing.

RCMP believe both incidents were done by the same person and the B.C. Prosecution Service has approved the following charges and issued warrants for 27-year-old Michael Felix of Prince George:

Police ask the public do not confront or approach him as he should be considered violent.

If you have any information, you are asked to call Prince George RCMP at 250-561-3300 or the detachment in your jurisdiction, anonymously contact Crime Stoppers at 1-800-222-8477 or online at www.pgcrimestoppers.bc.ca.

‘You never know what’s going to happen’: Prince George RCMP officers’ diligence honoured
Jan 30, 2020 7:35 AM
Comments
We welcome your feedback and encourage you to share your thoughts on this story. We ask that you be respectful of others and their points of view, refrain from personal attacks and stay on topic. To learn about our commenting policies and how we moderate, please read our Community Guidelines.