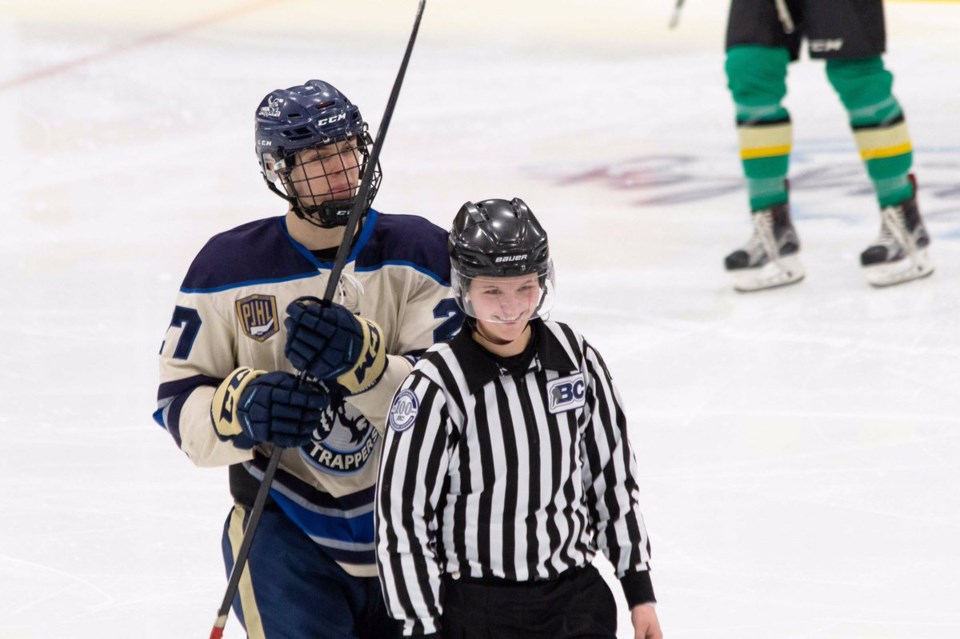 You'll get to see a native of Prince George take the ice at the 2019 Canada Winter Games in Red Deer, Alta, but not as part of a typical team.

Twenty-year-old Danika Kroeker has been chosen as one of four women officials to work the games which take place from Feb. 15 to Mar. 3.

"It means so much so be chosen to go. A national event was my next goal and to be able to actually achieve that and go to an event that is held only every four years means so much," Kroeker tells PrinceGeorgeMatters. "I’m really excited to share the experience with three other female officials that I’ve worked with quite a bit in the past. Every game with them was a ton of fun so I know the Canada Winter Games with them is going to be a blast."

She will officially be a lineswoman and work alongside lineswoman Colleen Butler from North Delta, lineswoman Patricia Gove from Summerland and referee Megan Howes who hails from Burnaby.

"When I got the phone call from BC Hockey I was almost speechless," she adds. "I had no idea what to even say but I was excited. I couldn’t stop smiling all day after that call."

The face I make when I have to make my first hybrid icing call 😥 pic.twitter.com/JstG3uVEgL

Danika is listed a Level lll official along with Butler and Grove. Howes is a Level IV official.

A few other accomplishments for Kroeker include:

All smiles after working my first Junior B game! 😁 pic.twitter.com/AJ7VLd6mt4

B.C. is hiring 500 new contact tracers to help track COVID-19
Aug 12, 2020 1:35 PM
Comments
We welcome your feedback and encourage you to share your thoughts. We ask that you be respectful of others and their points of view, refrain from personal attacks and stay on topic. To learn about our commenting policies and how we moderate, please read our Community Guidelines.