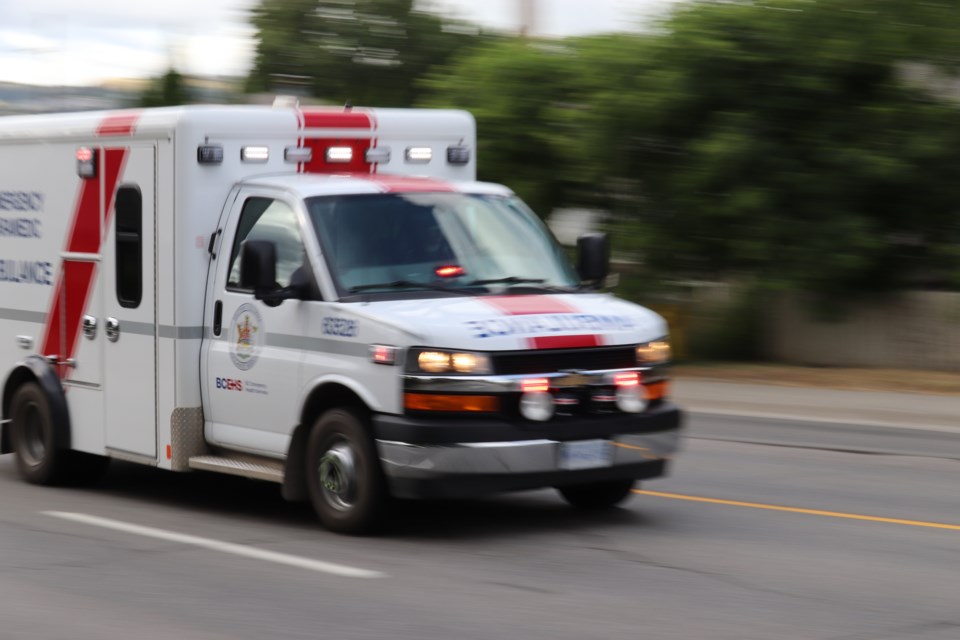 An ambulance rushing. (via Glacier Media)

In July, Prince George’s year-to-date total for illicit drug toxicity deaths was 22, that number is now 29.

The number of deaths has now surpassed the total of 25 deaths recorded in 2019. However, in 2018, Prince George saw a record of 50 deaths.

Illicit fentanyl, cocaine and methamphetamines continue to be the top drugs involved in these drug deaths.

The number of non-fatal overdose incidents has also increased significantly.

BC Emergency Health Services reports close to 7,500 overdose calls throughout B.C. this summer, making it the highest number of overdose calls ever recorded in a three-month stretch.

‘Overdose can happen to anyone’: Prince George to remember lives lost in opioid crisis
Aug 27, 2020 2:15 PM
Comments
We welcome your feedback and encourage you to share your thoughts. We ask that you be respectful of others and their points of view, refrain from personal attacks and stay on topic. To learn about our commenting policies and how we moderate, please read our Community Guidelines.