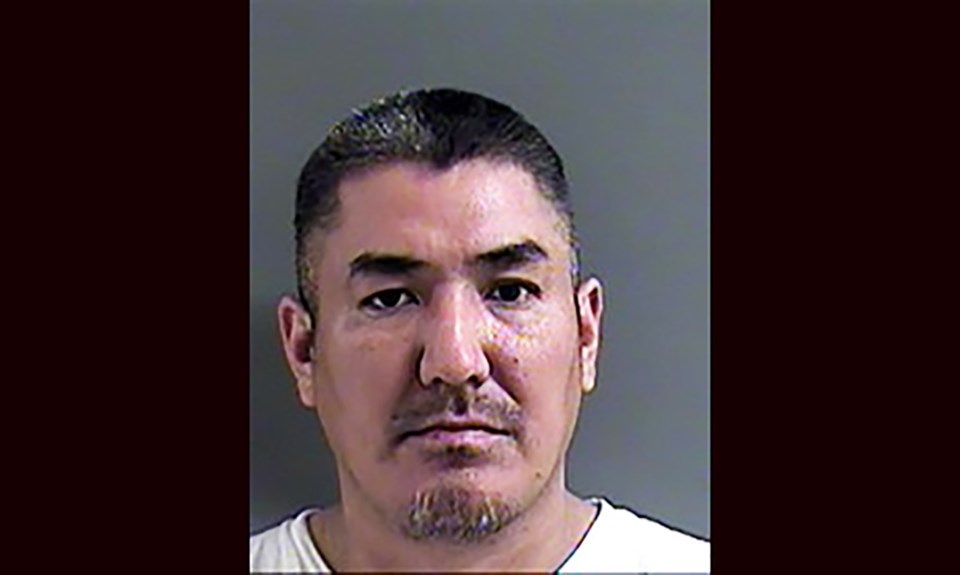 Eric Vern West has been arrested on charges related to a shooting incident on Quince St. in April 2019 (via Prince George RCMP)

A 38-year-old man is in police custody wanted on several charges linked to a Quince St. shooting earlier this year.

Prince George RCMP executed a search warrant at 10:30 a.m. today (June 17) at a Spruceland area home near the intersection of Chilako Ave. and Ahbau St. under the Controlled Drugs and Substances Act part of an ongoing drug trafficking investigation.

During the incident, nine suspects were arrested in three vehicles and Eric Vern West, who was wanted from a shooting in April on the 2200-block, Quince St., was identified as a passenger in the third vehicle, where officers found drugs and a firearm.

A search of the Chilako Ave. home found ammunition and drug trafficking paraphernalia.

West is scheduled to appear in court later today while all the other suspects were released as the investigation continues.

If the public has any information about illegal drug activity in Prince George, they’re urged to call the RCMP at 250-561-3300, anonymously contact Crime Stoppers at 1-800-222-8477, or online at pgcrimestoppers.bc.ca.

Two arrested, two wanted on warrants after Prince George drug trade shooting
Apr 9, 2019 12:31 PM
Comments
We welcome your feedback and encourage you to share your thoughts. We ask that you be respectful of others and their points of view, refrain from personal attacks and stay on topic. To learn about our commenting policies and how we moderate, please read our Community Guidelines.