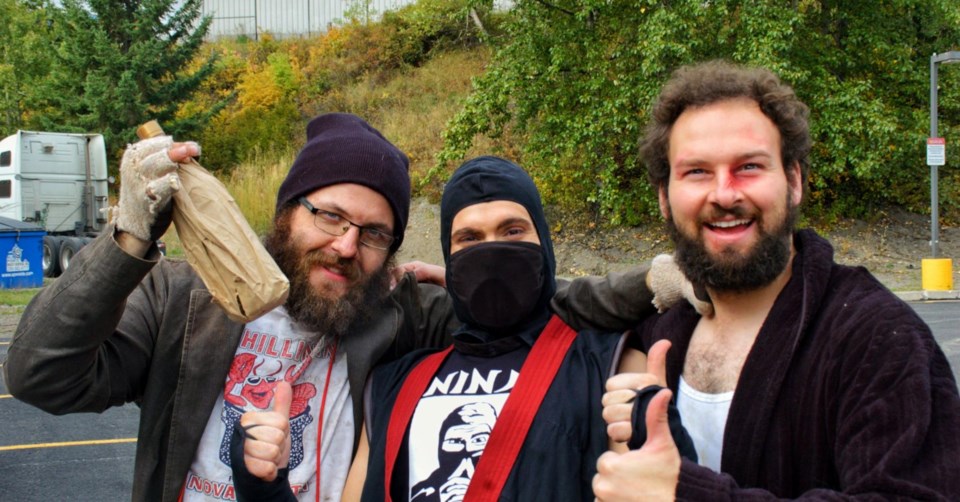 The Prince George made sit-com, Geoff and the Ninja, has grabbed the attention of the 10th Annual Indie Series Awards.

The show, which is about a guy named Geoff and his terrible ninja-roommate, picked up six nominations for the Los Angeles-based award show that celebrates the best independently produced entertainment created for the web.

“As far as web series and mini TV series go it’s pretty much one of the biggest ones out there,” says Jonathan Chuby who co-created and co-starred in Geoff and the Ninja with his writing partner Jeremy Abbott.

“We have been applying around and starting our film festival run with the show but this particular award ceremony is actually one of the bigger ones,” says Chuby. “It’s a big one for us and to get six nominations - we would have been happy with one, really. “

Chuby says he is happy with the type of award nominations they have received, especially Best Directing.

“It’s also kind of funny in a way because we directed ourselves a lot because we were acting in it,” says Chuby, who stars as Geoff to Abbott’s Ninja.

He says although they have also been accepted into two other film festivals, the pair will definitely make the trip to attend the Indie Series Awards when it takes place at The Colony Theatre in Los Angeles in April.

Chuby says since Geoff and the Ninja became available for the public to stream online, they have received positive feedback from those who’ve taken the time to watch the show, which spans six episodes.

“People who have watched it seem to be really liking it, but getting people to watch it is challenging,” says Chuby, who notes it’s hard to get the word out when audiences have to search for the show online.

“I think it will be one of those slow build things where more people will watch it over time,” says Chuby adding, “Our big goal with the show is to get it in front of networks that would be interested in funding us.”

He says the festival circuit is one of the best ways to pitch the show and get the word out.

At this year’s Indie Series Awards, there are 45 series nominated from around the globe including United States, Canada, Australia, India, and the United Kingdom.

Geoff and the Ninja has also been named an official selection for the 2019 Hollyweb Festival which screens the best digital series and pilots available online and provides an opportunity to network with fellow creators and distributors.

If you want to see what all the buzz is about before the awards go down, you can catch up on all six Geoff and the Ninja episodes through YouTube or the show’s official website.

Everything you need to know about Prince George's first-ever TV show Geoff and the Ninja
Sep 9, 2018 3:27 PM
Comments