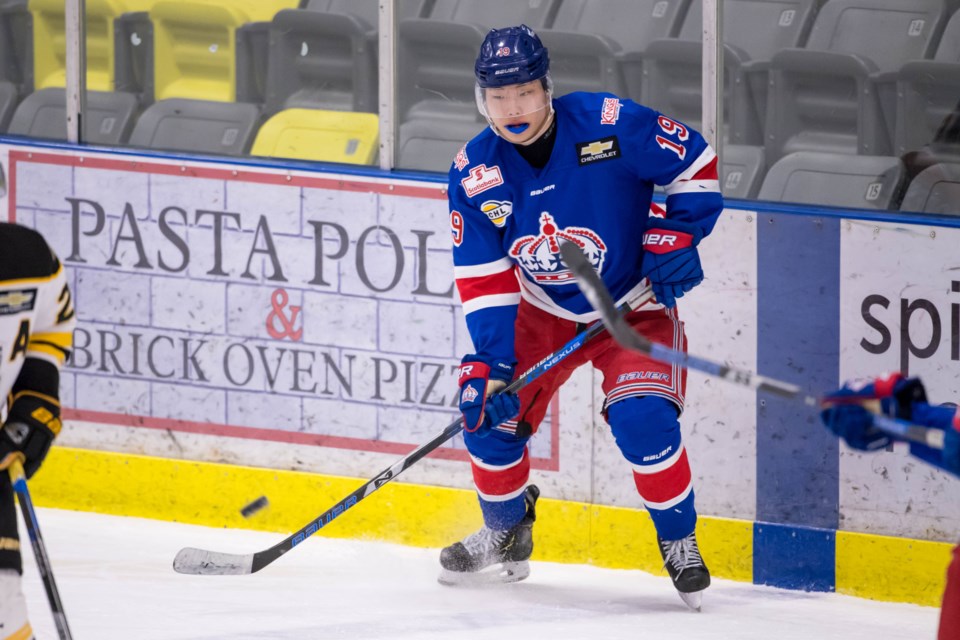 Once Chong Min Lee’s time in the Prince George kingdom is over, he’ll head off on a quest to the ‘Last Frontier’ for collegiate hockey glory.

Yesterday (Nov. 7), the 20-year-old Spruce King committed to the NCAA’s University of Alaska-Anchorage and will suit up with the Seawolves for the 2020-21 season.

Lee will be one of two BCHL players moving to the ‘49th State’ next fall for division one hockey.

The South Korea-born product is currently second in team scoring with 22 points in 19 games, including eight goals and 14 assists.

“Chong Min continues to improve his on ice play every season through diligent work on and off the ice,” said Spruce Kings head coach Alex Evin in a team release.

“His work ethic, leadership, and skill is a pleasure to be around. As an organization, we are so proud of his opportunity at the next level and look forward to tracking his future success.”

Tonight (Nov. 8) will be Lee’s 130th game with Prince George, combining for 60 points, when they visit the Surrey Eagles at 7 p.m.

He is the longest-tenured player on the Spruce Kings’ roster, serving as an alternate captain in his third full BCHL season.

The Alaska-Anchorage Seawolves play in the 10-team Western Collegiate Hockey Association (WCHA) conference of the NCAA.

Its men’s hockey program has been in a rebuilding phase for quite some time, only recording 25 wins in 140 games over the last five years.

Special teams spark Prince George Spruce Kings to comeback win at home
Nov 2, 2019 9:35 AM
Comments
We welcome your feedback and encourage you to share your thoughts. We ask that you be respectful of others and their points of view, refrain from personal attacks and stay on topic. To learn about our commenting policies and how we moderate, please read our Community Guidelines.