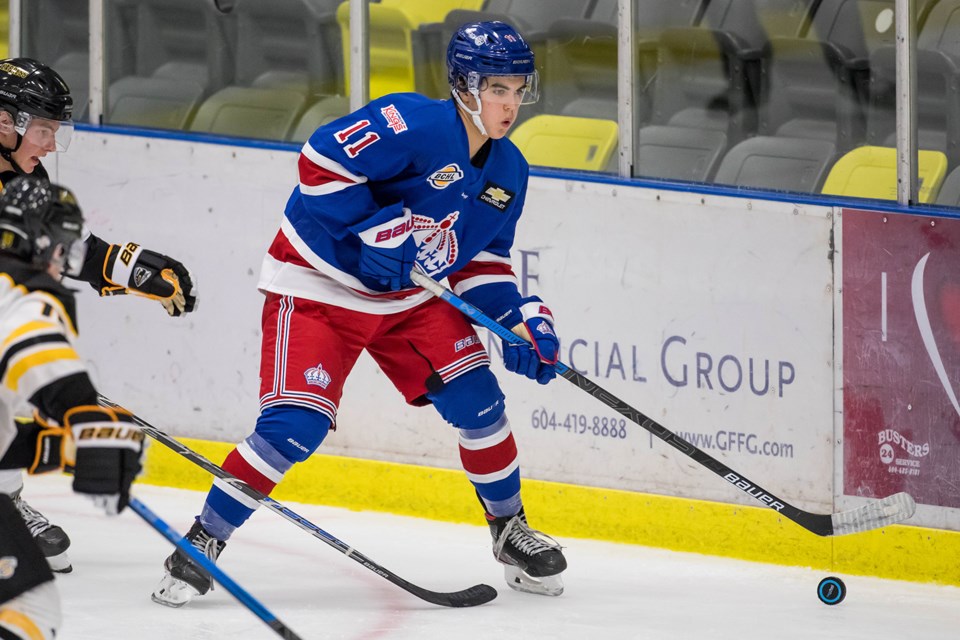 He’s certainly taking a chance on throwing a strike for a collegiate hockey career.

The Falcons play in NCAA Division One amongst other top schools like University of Alaska, Michigan Tech and Lake Superior State.

“It’s a huge jump from midget to junior and another huge jump to college” Pfoh said in a team release on how he thinks the red, white and blue can help him get to a bigger stage. “But I believe with the way we work here in Prince George, I will be much more prepared to make the transition.”

He’ll be working with a familiar face in Ohio as he played under Maco Balkovec, now an assistant coach of Bowling Green State as of this fall, when he coached him with Burnaby Winter Club.

“Honestly when the opportunity came around to play for Maco again, I couldn’t refuse. When I went there and saw the dynamic of the boys, as well as how positive minded coach Eigner and coach Carr were, everything seemed to fit.”

Thus far in his first B.C. Hockey League (BCHL) season, the 17-year-old only has three points in 11 games, including two goals.

The Spruce Kings are hosting the Nanaimo Clippers on Friday (Oct. 11) and the Salmon Arm Silverbacks on Saturday (Oct. 12), 7 p.m. both nights at Rolling Mix Concrete Arena.

High-scoring Saturday tips away from Prince George Spruce Kings
Oct 6, 2019 9:30 AM
Comments
We welcome your feedback and encourage you to share your thoughts. We ask that you be respectful of others and their points of view, refrain from personal attacks and stay on topic. To learn about our commenting policies and how we moderate, please read our Community Guidelines.