Prince George Spruce Kings bringing back the past for Christmas present 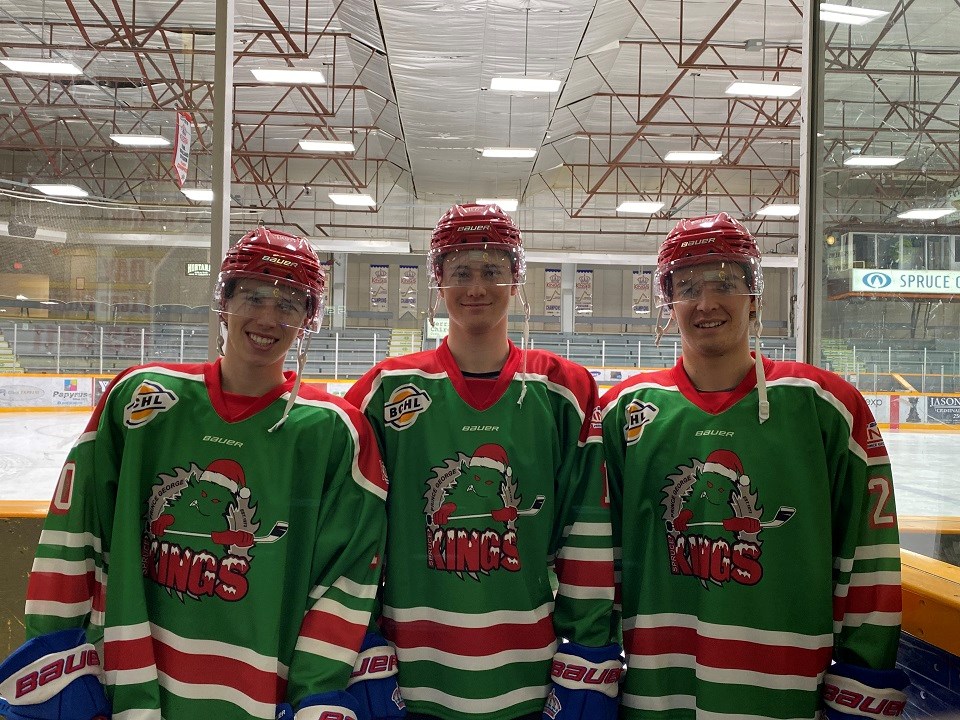 If you’re a fan of old school hockey logos, then Prince George residents will be treated to what the Spruce Kings have to offer this month.

As a tribute to a favourite emblem, the team will wear its old spruce tree logo on a red and green sweater for the 2019 Drop the Gloves, Sock it to ‘Em Night.

This is the first time the Spruce Kings will wear a red-green colour scheme since 2006, according to a news release.

The popularly-named ‘Christmas tree’ logo was only used for one season, 2000-01, and this time, it'll fashion a Santa Claus hat instead of a red crown.

“We have had some great feedback this year on our jerseys from the classic blues and whites, and to both the Alternate Black and Alternate Reds,” said Spruce Kings Business Operations Manager Kyle Anderson in a statement.

“Adding these special event jerseys to the mix after the success of our Cancer Awareness jerseys really excites us for that game.”

The upcoming contest on Friday, Dec. 13 at the Rolling Mix Concrete Arena will see Prince George face-off with the league-leading Coquitlam Express.

Fans are encouraged to bring warm winter clothing, such as gloves, socks, toques and scarves, and, when the ‘Kings score their first goal of the evening, throw them onto the ice.

The items will then be collected and donated to St. Vincent de Paul to give to those in need.

Non-Perishable foods and cash donations will also be accepted at the game.

More information is available on the Spruce Kings’ website.