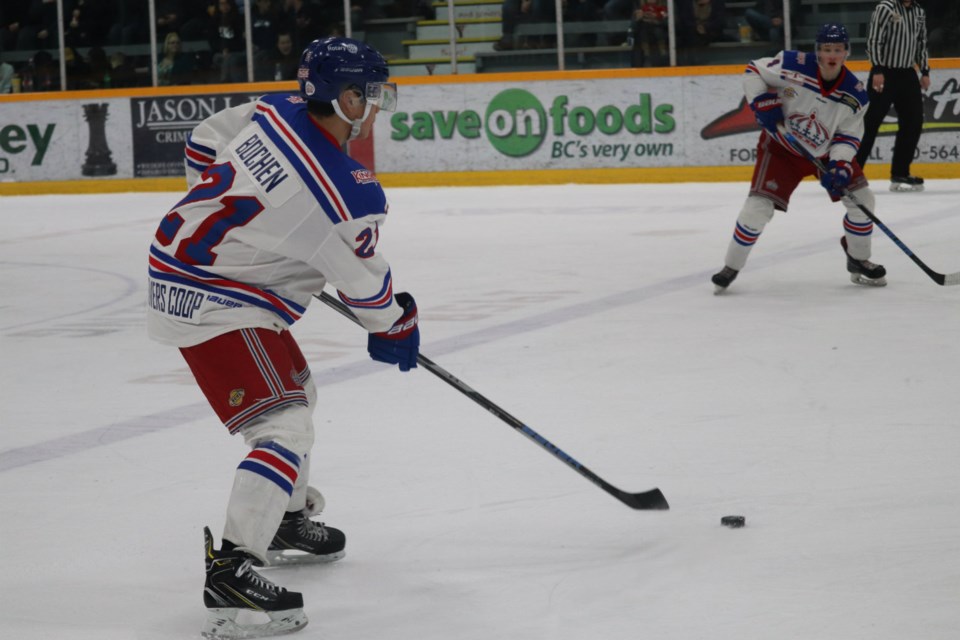 The 2019-20 editions of the battle royale officially belong to the Powell River Kings.

This comes as the Prince George Spruce Kings began their five-game homestand yesterday afternoon (Dec. 1) with a 2-1 loss to their royal counterpart.

The northern ‘Kings drop the season-series with the Island ‘Kings 0-2 and with Sunday’s setback, they now fall to 11-16-2-3 in a tie for last place in the B.C. Hockey League’s (BCHL) Mainland Division.

All three goals in the contest came while teams were on a power-play.

Prince George’s only marker came off the stick of defenceman Nick Bochen, who fired the puck through traffic past Powell River netminder Derek Krall.

Preston Brodziak and captain Nolan Welsh provided the assists on Bochen’s second of the season with six minutes left in the middle frame.

Brett Roloson scored both of the visitors’ goals, his ninth and 10th of the year, coming with 1:52 left in the first period and the other halfway through the second.

The Spruce Kings were the busiest of the two kingdoms in the third period, outshooting Powell River 9-4, but Krall stood strong and prevented a tying goal in the 2-1 decision.

The boys in red, white and blue will meet division-rival Chilliwack Chiefs this week in their next set of games on Thursday (Dec. 5) and Friday (Dec. 6) from the Rolling Mix Concrete Arena.

Prince George Spruce Kings lose one-goal decision in Wenatchee
Nov 26, 2019 8:35 AM
Comments
We welcome your feedback and encourage you to share your thoughts. We ask that you be respectful of others and their points of view, refrain from personal attacks and stay on topic. To learn about our commenting policies and how we moderate, please read our Community Guidelines.