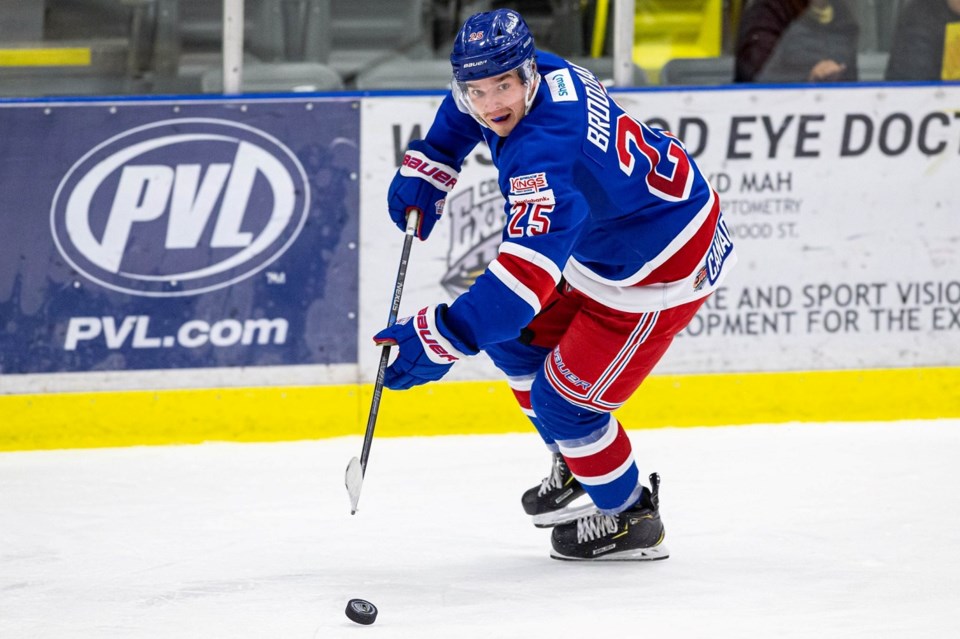 The Prince George Spruce Kings got to the extra frame and the skills contest after catching the Coquitlam Express Wednesday night (Nov. 6).

They missed the victory train, however, as Coquitlam scored on all three shootout attempts to prevail 4-3 at the Poirier Sports and Leisure Centre.

This was the third straight time Prince George fell in the first of a three-game road trip and the second time when visiting a team in their own division.

It was incredibly close down to the final buzzer as the Spruce Kings were able to save themselves from a regulation loss with Chong Min Lee scoring the 3-3 tying goal with 10 seconds left.

This was following Coquitlam’s go-ahead marker with less than three minutes left.

The Express, who currently sit as the top team in the B.C. Hockey League (BCHL) standings, jumped out to a 2-0 advantage by first period’s end, including one goal coming on a power-play.

Preston Brodziak didn’t take too long to cut the lead in half, only needing 57 seconds to score his eighth of the 2019-20 season.

Spruce Kings’ defenceman Evan Orr eventually tied the contest at 2-2 early in the final frame before each team exchanged their third goals later on.

After overtime solved nothing, the Express would win the shootout 3-1; Tom Richter potted the only goal for Prince George in that contest.

Jett Alexander made 28 saves on 31 shots between the pipes for the Spruce Kings and all of his team’s regulation goals went unassisted.

The defending BCHL champions’ record falls to 8-9-2-2, but remain third in the Mainland Division.

Prince George will continue on its road swing on Friday night (Nov. 8) in Surrey to square off with the Eagles at 7 p.m.

They’ll finish the weekend in Chilliwack on Saturday (Nov. 9).

Another 1-2 road record for the Prince George Spruce Kings
Oct 28, 2019 9:31 AM
Comments
We welcome your feedback and encourage you to share your thoughts on this story. We ask that you be respectful of others and their points of view, refrain from personal attacks and stay on topic. To learn about our commenting policies and how we moderate, please read our Community Guidelines.