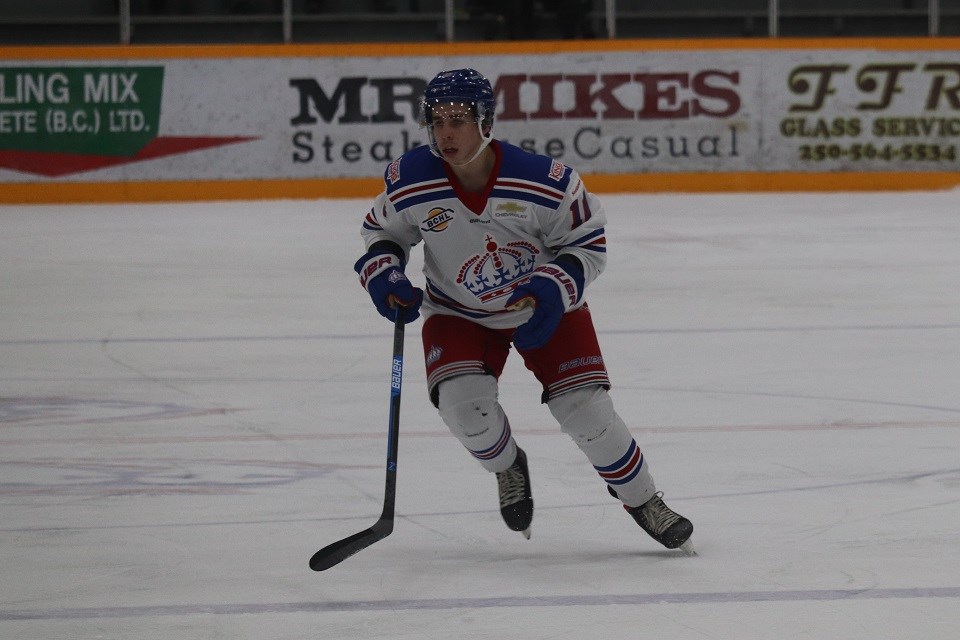 Two players in under one week.

That’s how many Prince George Spruce Kings have asked team management to be traded from the northern capital to another Junior ‘A’ hockey club across Canada ahead of the Jan. 10 deadline.

On Thursday (Jan. 2), it was Ryan McAllister to the Brooks Bandits.

Yesterday (Jan. 7), Cole Leal’s trade request was granted in being dealt to the Hawkesbury Hawks of the Central Canada Hockey League (CCHL).

“Cole requested a trade as he was not happy with his playing time,” said General Manager Mike Hawes in a team release, which says Prince George will receive future considerations in the exchange.

“We were able to accommodate this for Cole and we wish him luck with his new team.”

The rookie defenceman only accumulated four points in 25 games with the defending B.C. Hockey League (BCHL) champions, all assists.

Hawkesbury is roughly a three-hour drive from Leal’s hometown of Belleville, Ont.

The Hawks are currently fourth in the CCHL with a record of 23-14-2.

This is now the third trade the Spruce Kings have made since the start of 2020, coming a day after acquiring Haydn Delorme from the Coquitlam Express.

Delorme hasn’t played a game since March 2019 when he was a member of the WHL’s Portland Winterhawks.

Prince George Spruce Kings survive third-period scare in Langley
Jan 4, 2020 9:35 AM
Comments
We welcome your feedback and encourage you to share your thoughts. We ask that you be respectful of others and their points of view, refrain from personal attacks and stay on topic. To learn about our commenting policies and how we moderate, please read our Community Guidelines.