Goaltender’s efforts to raise funds for cancer research recognized by league
Dec 12, 2019 9:42 AM By: Kyle Balzer 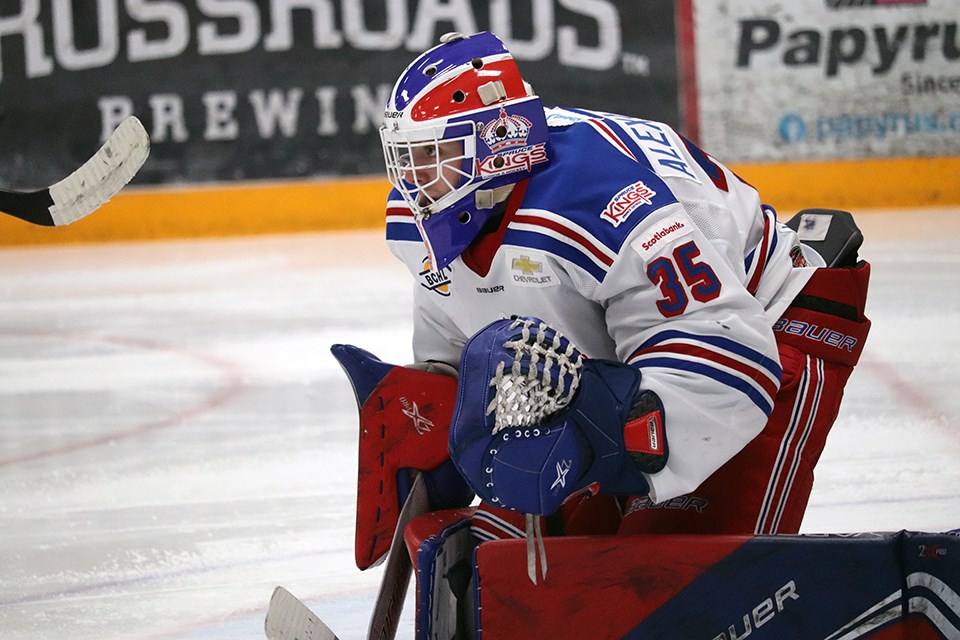 Jett Alexander made himself a brick wall during the month of October in hopes of raising $358.75 for cancer research.

The Prince George Spruce Kings’ goaltender’s participation in the October Saves Challenge, and the inspiration he’s left with the city and its fans, has earned him a new honour from the B.C. Hockey League (BCHL).

The 20-year-old is the inaugural recipient of the monthly Shaw BCHL Community Hero Award, created for the player “who goes above and beyond in his community.”

Alexander, the reigning CJHL Goaltender of the Year, donated 25 cents per save he made in the October campaign in addition to collecting funds from teammates, billets and fans.

“I lost a grandfather when I was around 15-years-old,” he said in a news release.

“Cancer is a disease that affects everyone. Whether it’s someone who’s had it themselves or someone you know like a family member, it’s a horrible thing. I just thought it was a good opportunity to help people.”

Spruce Kings goalie Jett Alexander has been named the winner of the first-ever Shaw BCHL Community Hero Award for his October Saves Goalie Challenge which raised hundreds of dollars for cancer research.

After seeing other NHL netminders like St. Louis Blues’ Jake Allen participate in the same challenge in years past, Alexander saw the opportunity to do something meaningful for his final season of Junior ‘A’ hockey.

“With this being my last year of junior and being in Prince George here with the support we get from the community, it was a good opportunity to just try to raise a little bit of money for a really great cause that pretty much affects everyone,” he added.

Shaw Communications is the sponsor of the new BCHL honour.

Alexander was handpicked by the nation-wide business as the very first winner based on his willingness to make a difference in the northern capital and even matched his funds raised in making a donation to the October Saves Challenge.

“Through his compassion, commitment and skill, Jett has shown himself to be a true role-model in the Prince George community,” said Chethan Lakshman, Vice President of External Affairs for Shaw Communications in the same statement.

“He has gone above and beyond to help make a difference and proven what’s possible when you bring the community together. We’re proud to recognize Jett with the first-ever Shaw BCHL Community Hero Award.”

Alexander’s Spruce Kings are back in action this weekend when they welcome the BCHL-best Coquitlam Express for a home doubleheader at the Rolling Mix Concrete Arena.

Friday’s game (Dec. 13) is the annual Drop the Gloves, Sock it to ‘Em Night, when fans get to throw winter clothing onto the ice when Prince George scores its first goal of the evening.

Prince George Spruce Kings bringing back the past for Christmas present
Dec 3, 2019 12:40 PM