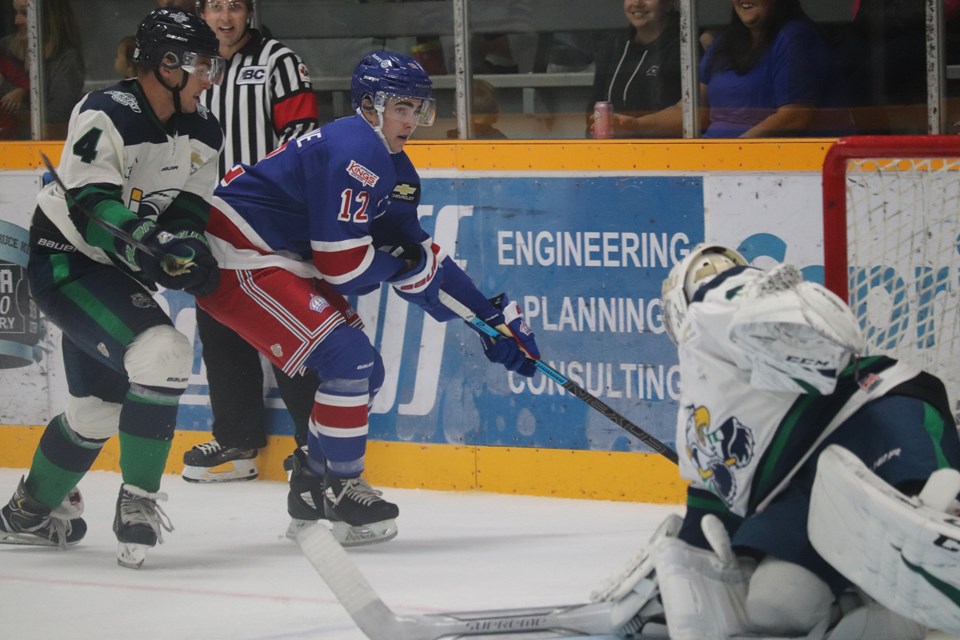 As it turns out, the eight-hour bus trip up north to Prince George doesn’t take the flight out of the Surrey Eagles.

The Spruce Kings were bested for the fourth and final time on home ice against their Mainland Division opponents, this time in a 4-1 final Saturday night (Jan. 11).

Jett Alexander got the start between the pipes, his 36th of the season, and turned away 15 of 19 shots in the setback, while Reece Klassen made 27 saves on 28 shots on the other side of Rolling Mix Concrete Arena (RMCA).

The lone goal of the evening for Prince George came off the stick of local product Corey Cunningham, scoring his team-leading 16th of the season 53 seconds into the third period.

That marker cut a deficit after two frames to 2-1, but that’s all the ‘Kings could muster.

The Spruce Kings will now embark on a one-game road trip to Salmon Arm this Wednesday (Jan. 15), 7 p.m. against the Silverbacks.

Jarin Sutton is coming home after being traded to the Prince George Spruce Kings
Jan 10, 2020 12:32 PM

Prince George Spruce Kings fulfill another player’s trade request
Jan 8, 2020 7:35 AM
Comments
We welcome your feedback and encourage you to share your thoughts. We ask that you be respectful of others and their points of view, refrain from personal attacks and stay on topic. To learn about our commenting policies and how we moderate, please read our Community Guidelines.