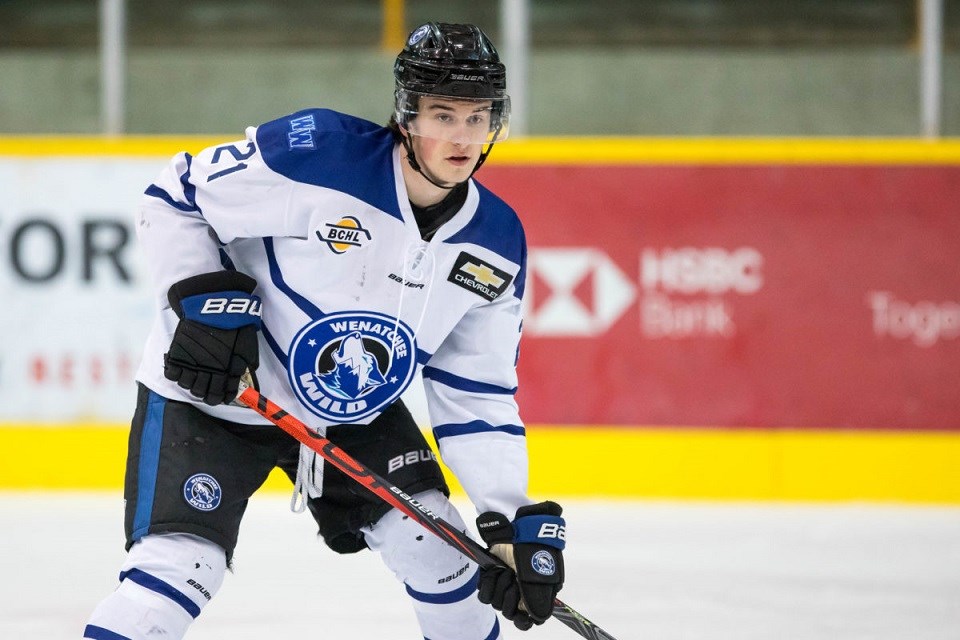 Tanner Main has been traded to the Prince George Spruce Kings from the Wenatchee Wild. (via Garrett James Photography)

Another junior ‘A’ veteran is joining the Prince George Spruce Kings.

In their latest trade, Tanner Main is on his way to the northern capital after being acquired from the Wenatchee Wild on Wednesday (Sept. 23).

The Kings’ eighth defenceman currently listed on its 2020-21 training camp roster brings a wealth of experience having played both in B.C. and Ontario’s respective junior leagues, and he’s also a college-committed player.

Main is slated to join the Bentley University Falcons in NCAA Division One next year.

“Tanner is a veteran defenceman who is very skilled, moves the puck well and will be able to run our power-play,” said Spruce Kings General Manager Mike Hawes in a team statement.

“He is a great addition to our team, and we are excited that we were able to complete a deal to acquire him.”

On the ice, the 20-year-old from Welland, Ont. racked up 17 assists and 19 points in 54 games in his first BCHL season south of the border.

Main has played a total of 130 games in his junior ‘A’ career.

Prince George is sending future considerations to Wenatchee to complete the trade.

The BCHL season, regardless of which COVID-19 return-to-play plan is finalized, will start Dec. 1.