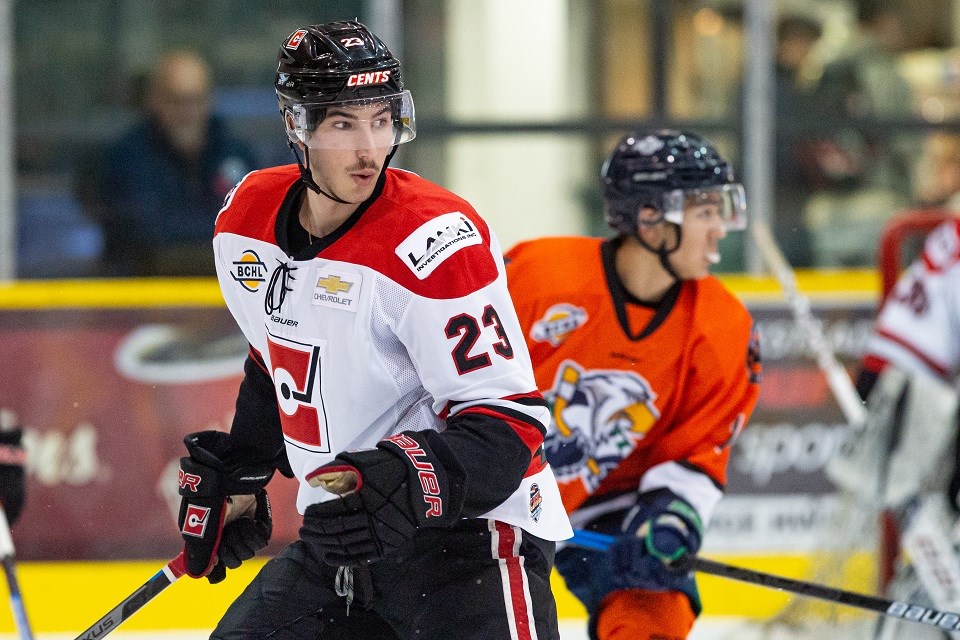 Hunor Torzsok (#23) has been traded to the Prince George Spruce Kings for the 2020-21 season. (via Merritt Centennials/Garrett James Photography)

Is Hungary as hungry as advertised?

That’s the question Prince George may soon have an answer to as the Spruce Kings have acquired Hunor Torzsok from the Merritt Centennials, who was originally born in the central European nation.

The 20-year-old has spent most of his life in Canada and has moved up through the ranks of minor hockey, including the Western Hockey League (WHL).

"Hunor is a veteran player that will be a good addition to our lineup,” said Spruce Kings General Manager Mike Hawes in a team statement on Monday (Sept. 21).

“He provides some size up front and is a good person that will add some more leadership to our group."

In his last four seasons, the Budapest-born and Cloverdale, B.C.-raised forward was called up to the WHL with teams like Vancouver and Everett, totaling 39 games.

Standing at six-foot-two, Torzsok recorded 19 points, including 16 goals, in 38 games last year with the Centennials.

His BCHL career consists of 74 games and 27 points between Merritt and Nanaimo.

Prince George is sending future considerations to the Cents to complete the deal.

The two teams will face each other five times in their regional cohort ahead of the BCHL’s 2020-21 season, slated to begin Dec. 1 with a plan to be finalized and approved by the provincial health office.

Prince George Spruce Kings defenceman Evan Orr dealt to Powell River
Aug 12, 2020 12:15 PM
Comments
We welcome your feedback and encourage you to share your thoughts. We ask that you be respectful of others and their points of view, refrain from personal attacks and stay on topic. To learn about our commenting policies and how we moderate, please read our Community Guidelines.