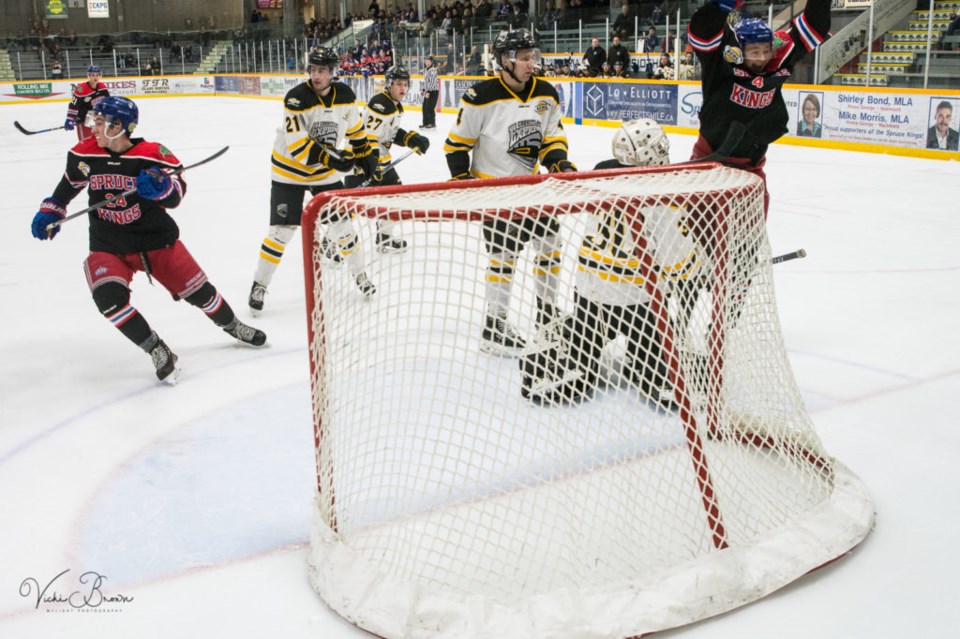 A ‘home-sweet-home’ sign must be above the dressing room door for the Prince George Spruce Kings’.

The team completed its fifth weekend sweep on home ice of the 2018-19 season on Friday (Jan. 25) and Saturday (Jan. 26), defeating the Coquitlam Express by scores of 4-3 in a shootout, and 6-1 respectively.

This is recorded as the fifth weekend sweep for the Spruce Kings this year when suiting up at the Rolling Mix Concrete Arena (RMCA).

Prince George broke out the brooms against the following teams in the home barn:

Last year during the regular season, the Spruce Kings completed seven weekend sweeps at the RMCA.

Prince George is now 18-6 this season in front of their fans from the Northern capital with only five home games remaining.

If they win those contests, they could finish with a 23-win season at home, a feat they have never recorded dating back 2003-04 (the last known home record on BCHL.ca).

The victories this past weekend allow the Spruce Kings to improve to 29-12-1-5 for second place in the Mainland Division.

Prince George hosts the Surrey Eagles Feb. 1 and 2, both with 7 p.m. puck-drops at the RMCA.

Prince George Spruce Kings acquire forward Sam Kozlowski
Sep 4, 2018 4:34 PM
Comments
We welcome your feedback and encourage you to share your thoughts. We ask that you be respectful of others and their points of view, refrain from personal attacks and stay on topic. To learn about our commenting policies and how we moderate, please read our Community Guidelines.